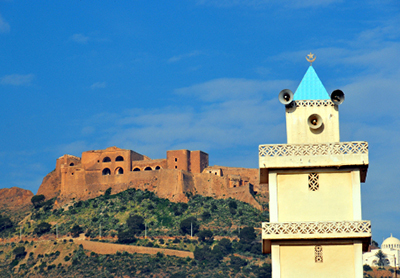 Compare prices and save money on your car rental in Oran

Oran is a Mediterranean town with a lot to share with tourists, especially among the historical landmarks. Walking in this city during both daytime and nighttime is as pleasurable as it can be. On GoCarRental.com we offer you the chance of hiring a low­cost car and explore the city according to your will. Oran is a city on the sea located some 430 kilometers from Algiers. You will note at once that its nickname is well deserved. “The radiant” is one of Northern Africa’s most important cities. Lying at the end of a bay, Oran offers a beautiful landscape to its visitors. Its touristic attractions are many and of outstanding allure. Its richness is equally divided into historical monuments, natural sights, and colorful urban landscape.


Oran beaches allow you to enjoy all the pleasures of the seaside. It will be a great holiday here for you. The several water activities please both children and adults and usually run at any time of the year. If you are looking for a swimming area, your destination is west of Oran. Sumptuous beaches extending for about ten kilometers display magnificent and iridescent views, truly enchanting to walkers and sea lovers. Renowned beaches like Corales Bousfer and Andalusians will not disappoint you, with activities to entertain you to your heart’s content. There are also private beaches that will give you the opportunity of spending some quality time with your family and your beloved one. During your stay, take a paddle boat or have some fun with a jet­ski ride. Primarily, though, Oran is a cultural city. Oran was once the birthplace and capital of Rai; nowadays, though, musical tradition in its most modern tints is represented by important artists such as Cheb Mami or Khaled, both native of Oran. Lovers of archaeology and history will find enough material to satisfy their curiosity for weeks. The Zabana Museum contains countless archaeological findings from North Africa. In its seven sections you will shift across natural history, fine arts, ethnography, the story of Oran, and most of all prehistory. Some of Oran’s best sights are in the historic quarter. Here you can fully understand Oran’s history, well highlighted by its urban landscapes, its buildings, and its remains. Its architectural style perfectly renders the interplay of Turkish, Spanish, and French influences. The two historic mosques guard the city and are the stronghold of traditional Oran cultural identity. In addition, the Cathedral and the Santa Cruz chapel are very interesting spots. Finally, take a look at the afore­mentioned old Kasbah with its primeval Spaniard architectural elements.