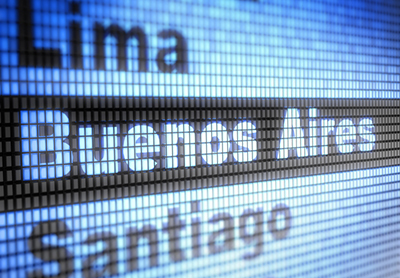 The Ezeiza international airport is also called Buenos Aires Ministro Pistarini Airport (the former name was given after the city where it has been built). It lies 22 kilometers south­east of Buenos Aires, in Argentina, and it is Argentina’s busiest hub for traffic of passengers. It is the perfect starting point to reach Buenos Aires as it is provided with the best services. Among these, in the Ezeiza international airport, you can find a wide car rental service area. This is because renting a car in Buenos Aires is without a doubt the best way of closing huge distances, travelling safely, and moving with freedom in the best possible way. With GocarRental.com you can reserve your car from your place: you can choose among the several agencies in the Ezeiza International Airport, such as Europcar, Alamo and Rent a Car. Browsing our website is an easy and short task. Our search engine allows you to rent the car that you reckon the best for your needs. Your car will be ready for collection at the airport, so that you can avoid any time­wasting.On arrival it is easy to reach for the desk of the company you have chosen. You only need your international driving license, your credit card, and the voucher received by GocarRental.com. In a few minutes time you will be headed straight to Buenos Aires.

What to do near Buenos Aires Airport

Buenos Aires is often called ”The queen of the Plata.” Buenos Aires is what Americans call “a thing of beauty,” and it is one of the most outstanding and extended cities in South America. The city is the result of centuries of cultural integration: a melting pot still alive and thriving. One of the most ancient sights of the city is Plaza de Mayo, a very relevant cultural, historical, and political center. Right in front of it you can be dumbstruck by the two old buildings most representative of Buenos Aires: Casa Rosada, which presently hosts both the President’s residence and some offices; and Cabildo, a charming colonial building that is currently the National museum of the Revolution of May. If you want to understand the different souls of Buenos Aires, the area surrounding the harbour still retains a European nuance, heritage of the Genoa culture, as way back many people native of the Italian cities moved here during a massive migration. The quarter is lively also because of its buildings painted in vivid colors and garnished with flags, statues, and mannequins. Here you can also find the oldest tango clubs in town. The heart of the district is the Caminito, a pedestrian­only street. Near the San Benedetto of Palermo church instead you can find the Palermo quarter. In its middle, there is the old part of the quarter, Palermo Viejo, and from there you can take a look at Palermo Soho, a place that is particularly popular among the youth for its bars; and Palermo Hollywood, where a number of celebrities live.