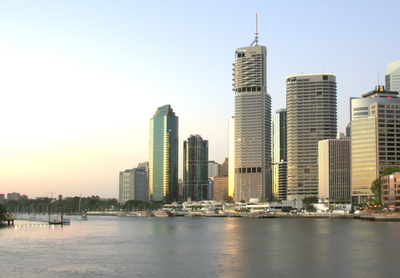 Compare & Save on car rental in Brisbane

Somewhat overshadowed by other major cities like Melbourne and Sydney, Australia’s third-largest city is now truly a destination in its own right. Once seen as a mere stop-over en route to the Gold Coast, today Brisbane is a rapidly developing and forward-thinking capital, home to plenty of entrepreneurial zeal, hip young things, boho nightclubs and world-class eateries, and a wonderfully friendly and laid back populace. Brisbane\'s year-round warm climate, stunning scenery and pleasant locals has been drawing in visitors from around the globe, making Brisbane the fastest-growing city in Australia.

Things to Do in Brisbane

Make the most of the growing number of cultural venues with a day out to Queensland Cultural Centre. On South Bank, just across Victoria Bridge you’ll find this is the epicentre of Brisbane’s art world, home to a concert and theatre venue, the State Library, Gallery of Modern Art, Queensland Museum and more. If you’re a rugby fan, you might want to coincide your trip with the State of Origin rugby league season – the city goes crazy for it, and you’ll easily find yourself wrapped up in the celebratory atmosphere. For fine dining head to the Inner North district, and to explore Brisbane’s boho side, head for the West End and St. Lucia.

From Brisbane Airport, where you’ll find plenty of car rental firms to choose from, you’re an easy 20km drive into the city itself. Visitors from southern states can reach Brisbane by either the New England and Cunningham or Pacific Highways. If you’re driving within the centre of Brisbane, a Sat Nav’s advisable as many of the streets are one way, which can be a little confusing. If you’re travelling with kids it’s well worth making the 30 minute drive out of the city centre for a day at Alma Park Zoo. The surfing and Seaworld of the touristy Gold Cost is 70km south of the city too.