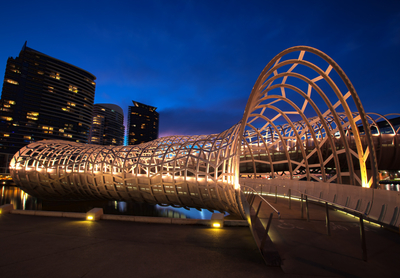 Compare & Save on car rental in Melbourne

Australia’s second-largest city, Melbourne lies at the head of Port Phillip Bay and is the capital of the south-eastern state of Victoria. The country’s cultural capital, it’s home to beautiful parks and gardens, endless theatres, museums and galleries, as well as breathtaking Victorian architecture and shopping to die for. It’s also a place obsessed with sport, so whatever your hobby – whether you play yourself or are an armchair fan, you’ll find plenty of other supporters here – and an extra draw for British tourists is that you can tour the set of Neighbours!

Things to Do in  Melbourne

Melbourne is bursting with fantastic cultural venues, so you’d be mad not to make the most of them. Head for Melbourne Museum, the largest museum in the southern hemisphere, and you won’t be disappointed. Right next-door is the vast IMAX cinema, and the UNESCO heritage-protected Royal Exhibition Building and Carlton Gardens. Fun for all the family can be had down at the Docklands, a brand new precinct filled with shops, bars, restaurants, a sports stadium and activities by the water – including boat tripe to Port Phillip Bay. For the best views over the city, look for Eureka Tower, the tallest residential building in the southern hemisphere.

As a tourist, the chances are you’ll be arriving into Melbourne, which is an easy 22 km northwest of the city centre. Each terminal has car rental firms to choose from, and the city itself has plenty of car rental locations too. If you’re driving from Sydney, the quickest route to Melbourne is the Hume Highway, which takes 10-11 hours. The quieter Princes Highway goes along the coast but takes longer as the speed limit is lower. Adelaide is a 9-hour drive with a pretty coastal route too. If you are looking to cover a long distance by car, ensure your rental policy includes unlimited mileage, and be aware that there are road tolls - Melbourne\'s T-shaped tollway and the EastLink tollway, both non-manual, electronic tolls.