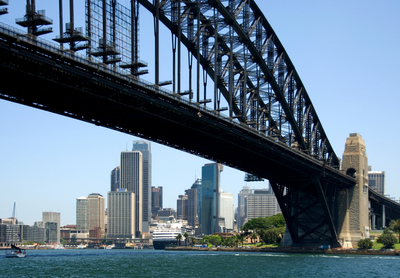 Compare & Save on car rental in Sydney

Australia’s famous Harbour City, Sydney is the biggest, oldest and grandest city in the country. Immigration from all over the world has led to Sydney becoming a truly diverse cultural melting pot, famed for its beauty, history, nature, art, fashion, cuisine and design. And that’s not to mention the fact that it’s idyllically placed next to miles of ocean coastline, with sandy surf beaches a-plenty. A compact city centre is surrounded by sprawling suburbs waiting to be explored. Within the city itself, you’ll find something for everyone – from beach lounging to designer shopping, as well as those famous landmarks the Opera House and Sydney Harbour Bridge.

Things to Do in Sydney

In Sydney, the world’s your oyster. The city’s divided up into districts, each offering something for the discerning traveller. If you’re looking for fine dining and swish shopping, head for the City Centre, which is home to the financial and governmental districts. The Rocks is where you’ll find that iconic Harbour Bridge, beaches, a cosmopolitan vibe and the first colonial village of Sydney. Sample some Chinese culture in the Chinatown are of City South, which is buzzing with cafes and markets. City West is home to a famous fish market and the Powerhouse Museum, and for major attractions, museums, aquariums and wildlife head for Darling Harbour.

Getting into Sydney from Sydney airport is pretty plain sailing, with the airport just 9km away. You’ll find car rental available at all terminals, and trains, shuttle buses and taxis for those looking to rent a car once they’re settled in the city itself. To save a little of petrol costs, you might want to consider carpooling, and you’ll find plenty of sites available to help you arrange this. Australia is served by great stretches of motorway, making it easy to explore further afield. For an idyllic escape, try Botany Bay National Park, 15km south of Sydney. Or for more city adventures you can get to Brisbane in around 10.5 hours, and Melbourne in 9.