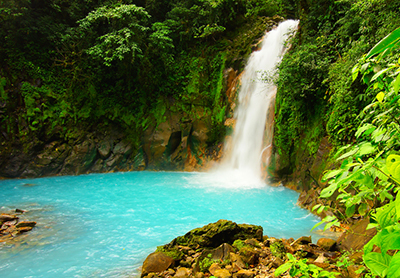 It is no surprise that a place repeatedly surnamed “earthly paradise” is also considered the happiest country in the world. Costa Rica is one of those places where everybody sooner or later would like to live. That is because Costa Rica is a rare blend of flora and fauna, interspersed with amazing natural phenomena and surprisingly characterized by an outstanding industrialization rate. What is more, in the last years the country chose to bet on culture and tourism. Renting a car in Costa Rica is pretty much the only way to explore it in its entirety: that is, crossing the manifold natural reserves, skirting its volcanoes, exploring the ever­deserted beaches. Once in Costa Rica, you have several possibilities collect your car at once at the airport so as not to waste precious adventure time, or rather collect it in the capital San José. On GocarRental.com, you may compare the costs of each car rental agencies active in Costa Rica and reserve the car you love in a couple of minutes. No matter whether yours is a family looking for some relaxation or a group of friends in quest of adventure: we can help you out anyway.

What to do in Costa Rica

Once you arrive in Costa Rica you may feel overwhelmed by the amount of things you can do there. Therefore, there is no suggested direction, as all of them are worth the trip. This country boasts one of the largest fauna selections in the world, including rare iridescent amphibious toucans. One of the areas of highest biodiversity is Tortoguero, a coast­line region where you can spot monkeys, crocodiles, sloths, toucans, iguanas, parrots, and many more peculiar beasts. If you arrive at the right moment, you may even behold the hatching of turtle eggs on the beach: truly a thing of beauty. However, relaxation is not at all a secondary business in Costa Rica: for this purposewhy not try the Nicoya peninsula, where the best beaches of Costa Rica are located: namely, Playa del Coco, Playa Flamingo, Playa Tamarindo, and Playa Hermosa. Finally, we highly advise a trip to Samara, Paraiso, Montezuma, Manzanillo, and Playa Tambor.

If you do plan to settle at San Josè, it is useful to know that the city is perfectly situated in the middle of the country and, since Costa Rica is Central America’s smallest country, it will be a very good departure point for your sessions of exploration. With a rental car, you will cover distances in a very small time. If you follow the State 27 westward, in slightly more than an hour you will arrive in the most charming beaches of Costa Rica; whereas State 1 and State 126 will get you in an hour at La Paz waterfalls, a vastly surprising landscape. Other must­see spots are the Arenal volcano and the Manuel Antonio Park. The former is an active volcano which offers the view of lava drooling over a fascinating panorama; the latter is the smallest, if the most intriguing, park in the country. You will here be able to walk in beaches still retained in their pristine condition while at your back a forest looms large, and with it a number of shimmering animals that will keep you company until sunset, that apical moment of the day when the forest lets its voice rest, diving her soul into the absolute silence of nature.