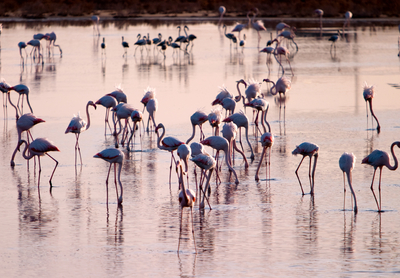 Compare & Save on car rental in Larnaca

The city of Larnaca has become a busy hub for tourism, with its international airport and many hotels and clubs. It is the third largest city on Cyprus, and in addition to the airport has a thriving and busy port, which took on the shipping previously served by Famagusta when the island was divided. There has been a city on the site of the modern one from pre-history, and Larnaca is famous for, amongst other archaeological finds, the number of ancient sarcophagi in the area. Evidence of a settled civilisation dating back to the 13th century BC has been found, with the Greeks and later the Phoenicians building on site. The 16th century saw the establishment of Ottoman rule, until the British took over the administration of the island from the late 19th century. Cyprus finally gained its independence in 1960. The tourist boom and the expansion of Larnaca really took hold in the 1980s, and the skyline, with its high rise hotels, is now unrecognisable from that of fifty years ago. For the visitor wanting all the advantages of a city base with the chance to explore the surrounding area Larnaca is an ideal choice. Car rental is available in the city and at the airport, and you can view the best deals right here at GoCarRental.com.

Things to Do in Larnaca

Start with a visit to the site of the original city – ancient Kition – to the northwest of present-day Larnaca. There are the remains of pre-Christian tombs, and a temple dedicated to Astarte. The Choirokoitia Neolithic Settlement on the Larnaca to Lemosos road is a fascinating glimpse into a stone-age community – how they lived, farmed, and defended their village. Hala Sultan Tekke Mosque, next to the salt lake of Larnaca, is an especially holy place for Muslims, having been built over the tomb of Umm Haram, the Prophet Mohammed’s wet nurse, and the mosque itself is a magnificent structure.

The 9th century Church of St Lazarus was also originally built as a shrine – over the empty tomb of the saint, whose remains had been stolen by the Crusaders. It is one of only three surviving Byzantine churches on the island, and its peaceful and beautiful interior is admired by all who visit it. Larnaca Salt Lake is worth a mention for the transformation that it undergoes – in summer a dried up area of mud, in winter when the water returns, so do the hundreds of pink flamingos who have made the lake famous as a spectacle – unfortunately not a year-round one. The main beach in Larnaca is Finikoudes beach which runs along the front, and gains all the advantages of the bars and restaurants in this area of the city.

The airport is a mere four miles from the city centre – and a great advantage of driving in Cyprus is that they also drive on the left. The roads are excellent, and Larnaca is ideally place for the visitor to explore the southern areas of the island, as well as taking a quick trip into Nicosia. The A1 motorway bypasses the city towards Limassol, and to the east the A3 leads to Ayia Napa.