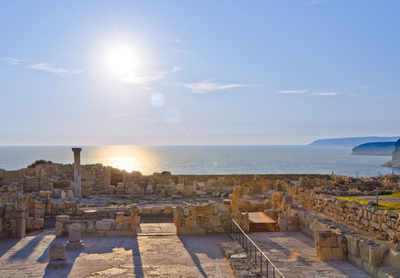 Compare & Save on car rental in Limassol

Limassol is Cyprus’s second largest city and one of the busiest ports in the Mediterranean, as well as being a popular place to stay for holidaymakers. It has a lively bar culture and nightlife, but also offers the more tranquil pleasures of exploring archaeological sites, or walking in the mountains that dominate the skyline behind the city. Limassol history is entwined with that of the Third Crusade and Richard the Lionheart, who celebrated his marriage in Cyprus having chased the Byzantine governor of Limassol from office and taken over the island. He later sold Cyprus to the French, and for several centuries Limassol enjoyed increasing prosperity in the Kingdom of Cyprus. The Ottomans conquered Cyprus in the 16th century and Limassol surrendered to the invaders in 1570. When the British took over the administration of the island in 1878 Limassol once again prospered, with new docks being built, and a hospital and post office established. The very first tourists from the UK arrived not long after. The city has excellent road and motorway connections to the capital Nicosia, and to the nearest international airport at Larnaca. Car rental is available from the airport or in Limassol itself.

Things to Do in Limassol

A visit to Limassol Castle, where Richard the Lionheart is said to have offered the crown of England to his Queen, is a must. The castle is located in the old port area and has a good museum. Near the castle is Limassol’s old market and the maze of winding cobbled streets that form the old city. The promenade that runs from Amathus Bay to the centre of the city is being upgraded and makes for a wonderfully scenic walk along the waterfront. A short drive out of the city Lady Mile Beach is one of the most family-friendly beaches close to Limassol, with a shallow sloping beach and plenty of sand!

Governors Beach, about 7 miles from Limassol, offers lots of chalky rock pools for kids to play in as well as an attractive beach and surrounding restaurants and cafes. Limassol Archaeological Museum has collections of antiquities dating from the Neolithic Age through to the Roman occupation of Cyprus. Amathus Ruins, just outside the city, is the site of an ancient city, last occupied by the Romans and linked with the cult of Aphrodite. Although a bit of a scramble, the site provides much to see, from a giant urn to an almost complete set of walls. The temple and Greco-Roman theatre at Kourian should be unmissable for any visitor.

Finding your way around Limassol, once you have got used to the speed that Cypriots drive at, is relatively straightforward. The major roads run east to west across the city, parallel to the coast, with smaller linking streets, and the A1 motorway just skirts Limassol. To discover all that Cyprus has to offer you definitely need your own car, and for peace of mind why not book through GoCarRental.com before you travel? Special places close to Limassol are the Troodos Mountains and Mount Olympus, a short drive on the B8 out of the city. On the outskirts of the city is Limassol Zoo, and further to the west beyond the village of Episkopi lies the dramatic site of Kourian, reached on the B6 off the motorway.