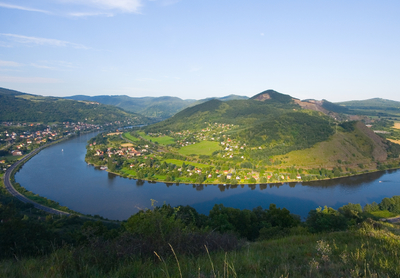 Compare & Save on car rental in Czech Republic

A fantastic mish-mash of cultures thanks to a turbulent history means the Czech Republic is one of the most unique countries in Europe. Czechs, Germans, Jews, Slovaks, Italian stonemasons and stucco workers, French tradesmen and deserters from Napoleon’s army have all lived and worked here, gracing this small but beautiful country with hundreds of ancient castles, monasteries and stately mansions, and entire towns that are simply works of art. Add to this the breathtaking mountain ranges and forests, the history of Bohemia and Moravia, and you have a magical destination that serves up exciting history in spades, despite the Czech Republic only being formed in 1993.

Things to Do in Czech Republic

Without a doubt, no trip to the Czech Republic is complete without a tour of Prague, one of the world’s most attractive and cultured cities. It’s not only jampacked with jawdropping architecture, it’s also a thoroughly modern city that boasts an exciting music and arts scene. While you’re here, it’s well worth paying a visit to the some of the country’s noted brewery towns to sample some of the best in the world - Plzeň (home of Pilsner Urquell) and Ceské Budějovice being two perfect examples. Then there are the laid back cities Ceský Krumlov and Telc, both with spectacular old town squares and cool nightlife to explore. Outside of the cities, take to the mountains for drives through spectacular scenery as well as challenging hikes and climbs, or pick a forest retreat for cycling vacations and true relaxation under the trees.

Driving in the Czech Republic is a breeze thanks to the country’s well-maintained network of motorways. Toll stickers need to be purchased in order to drive on the motorways, with cost depending on how long you plan to be driving in the country for. The condition of many roads is continually improving, but the motorways provide by far the fastest way to get around. Speed limits in the Czech Republic are usually 130 km/h on motorways, 90 km/h off the motorways, and 50 km/h in towns, and petrol is inexpensive compared to the rest of Europe, but more expensive than prices in the US.