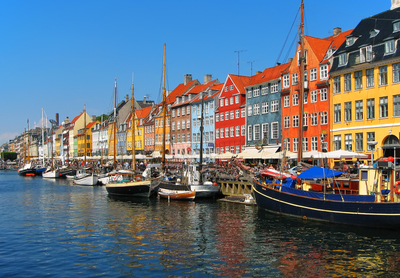 Compare & Save on car rental in Denmark

Denmark is a small Scandinavian country just north of Germany. Once home to the Vikings and a major northern European power, today Denmark is a clean, modern, and prosperous country that is both within Europe and without. Denmark opted out of parts of the EU’s Maastricht Treaty, including opting out of the Euro currency – something that served this wealthy nation well during the economic crisis of late. Renowned for its clean, modernist design, home to trendy cities like Copenhagen, as well as fairytale villages and Viking ruins, Denmark really does have something for every traveller – and its compact size makes it ideal for exploration by car.

Things to Do in Denmark

Anyone looking to experience modern Denmark at its best needs to make a beeline for Copenhagen. The nation’s capital, it’s home to the finest restaurants, including Noma, with more Michelin stars than you can shake a stick at. It’s also where you’ll find Hans Christian Andersen’s The Little Mermaid statue, and the fascinating Christiana, a small island in the midst of the city’s beautiful canalways, that was taken over by squatters and existed for decades as an (almost) lawless social experiment – the result being extremely colourful and surprisingly laid back.

Out of the major cities, escape to the lively Ribe or Odense, or explore the countryside, medieval churches, Renaissance castles and scatterings of 18th-century villages and Viking ruins. If it’s the sea you crave, no town is more than a short drive from the shore, and you can head to the northernmost tip and dip your toes in the water along the sandy beach stretches of Grenen.

Driving in Denmark between cities is remarkably easy thanks to the country’s well-maintained road networks. There are no toll-roads except the two big bridges: Storebæltsbroen between Zealand and Funen and Øresundsbron between Copenhagen and Malmö. For the mot scenic routes around the country, affording spectacular views, The Marguerite Route is the best known stretch – a 3500 km long connected route of small scenic roads passing 100 important Danish attractions. You’ll find it’s well marked by brown signs with the white Marguerite Daisy flower and visible on most roadmaps.