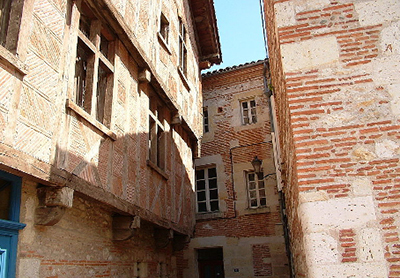 Compare prices and save money on your car rental in Agen

Agen is very well­known for its stuffed prunes. However there is also over two thousand years of history to explore. Landmark events are told through landscapes, traditions, architecture, and monuments. A hire car will let you browse through all the interesting hidden sights of this French city. Agen lies in the Lot­et­Garonne department, in Aquitaine. Places here have an Arabian nuance to them and they satisfy cultural and touristic drives of any kind. In particular, the mediaeval quarter and the wooden houses are a testimony of the city’s long past. Saint­Caprais Cathedral and the Church of Jacobins are especially interesting not only for religious tourists but also for those who wish to investigate the architectural style of the city, which is a rare blend of very different styles.


Les Jardins du Gravier are the perfect spot for walking and relieving some stress. The outstanding view over the canal bridge is especially delighting to its visitors. Art lovers should rather head to the Museum of Fine Arts, which boasts some very plentiful collections of paintings from different schools, along with a number of prehistoric items. But there is glory also for food and wine lovers in Agen. Buzet, Domaine du Boiron and Brulhois winemakers will make the joy of wine lovers. The captivating museum of Fois Gras offers the opportunity of knowing the history of this peculiar type of food produced since ancient times.

Once you are stuffed, take a look at St. Caprais cathedral, a former sixth­century basilica. Throughout, several historically­relevant events have marked it and it is now considered an Agen landmark. There are some remarkable features one can observe in the Saint­Caprais Cathedral’s architectural style. No doubt, you will notice the Romanesque apse and the single­aisle Gothic nave. Actually, early, middle, and late Gothic are interwoven in this fascinating building. Saint- Hilaire Church (also known as the Church of the Cordeliers) is the remnant of the former Cordeliers Brothers convent and it is known for its particular gothic shape.

The aqueduct is another interesting sight. It was built in 1839­1843 with a structure that comprises some twenty­three arches with an overall length of 550 meters, making it France’s second longest canal bridge. Among the other interesting pieces of Agen’s cultural treasure trove, let us finally mention the Théâtre Ducourneau, the Théâtre du Jour, and the Tannery, along with the many concert and rehearsal rooms.