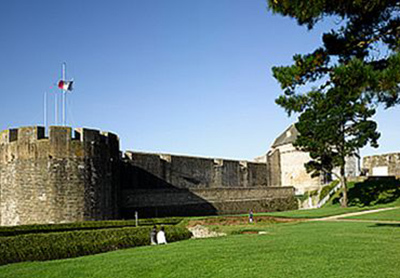 Compare prices and save money on your car rental in Brest

Located in Bretagne’s westernmost part, Brest deserves focus and time, since its attractions are not typically tourist-like. To thoroughly explore the city and its surrounding areas, we suggest hiring a low-cost car on GoCarRental.com. Brest’s main sight is the arsenal. The city has been for a long time France’s second military port, second only to Toulon. Because of this, during World War II the city center of Brest was almost entirely destroyed. Rebuilt in the aftermath decades, its post-reconstruction modernity has often been celebrated. You can still see the remains of some important landmark monuments such as the castle, the Tanguy tower, and the seventy-meter tall Recouvrance Bridge in the namesake quarter. Luckily, many streets of this quarter located on the right shore of Penfeld River escaped the severe war-time bombing. So now they provide a glimpse on pre-war Brest and its sloping streets. On the left shore of the river there is Liberty Square, one of the most important public areas in Brest. Located where the Siam and Jean-Jaurès streets join ways, Liberty Square periodically hosts events and concerts. In the summer, the commercial port is turned into a festival venue with free concerts and events, mainly held on Thursday. Brest also has an amusement park and a large aquarium near the Moulin Blanc beach. Moulin Blanc stretches over many kilometers and has recently become the favourite beach of Brest inhabitants. When you are done relaxing at the seaside, take a look at Spadium Park, an extended area dedicated to water leisure. It is located just near the Océanopolis Brest, a very interesting marine aquarium open to the general public. The Océanopolis boasts about one thousand species of marine animals and plants, neatly divided into fifty aquariums which are in turn distributed in three pavilions sorted out by climate zone – respectively temperate, tropical and polar. Océanopolis is one of France’s largest marine zoo and perhaps the foremost reason for visiting Brest.