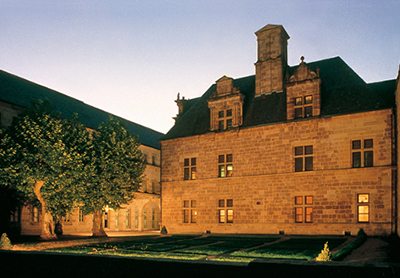 Compare prices and save money on your car rental in Brive

Historically, Brive-la-Gaillarde has shown great bravery in facing its many invaders. Nowadays, though, it is as welcoming as it can be, and you will not feel any resentment by its inhabitants if you explore its streets so historically enriching. Brive is located in the southwest of France and makes of its historical, cultural, and gastronomic facets its trump cards for touristic success. The landscape in Brive is dotted by monuments of strong historical and traditional overtones that improve the fascination for the frugality of the city. In order to reach and explore the city, we suggest the competitive prices offered by GoCarRental.com. You can hire a car for your Brive stay online. By hire car, moving around will not be an issue anymore. Brive-la-Gaillarde is known everywhere by its shortened name Brive. The city boasts a rich cultural and historic patrimony. Funnily emblematized by the Gallic moustache, Brive has seventeen historic monuments, some of religious use. Overall, the city treats its guests with a rich menu of old buildings and traditional architecture. Among the landmark monuments that should not be missing in your itinerary, there is certainly the Poor Clares’ convent. You can discover more on the history of this city at Saint-Liberal chapel, a worshipping place in memory of the Liberal saint (who was a very important religious figure in the whole region.)


If you are looking for a new cultural adventure without touristy hues, Brive is the place to be. The city first invites you to the discovery of its civil monuments. Its glorious history is instanced by the Tower of Aldermen and its door-knocker in the shape of a salamander, symbol of François I. The Labenche museum has an important seventeenth-century collection of historiated tapestries produced by the Mortlake English manufacture. Currently the Labenche museum has also a section dedicated to Brive’s artistic repertoire where beautiful Dedenis accordions are exposed, along with vestiges of the very nineteenth-century accordion factory of the Corrèze. Your gastronomic curiosity will be satisfied by a wide range of restaurants where you can taste Brive’s delicacies and fresh specialties. Brive is widely-known among world gourmets for its relevant production of duck and goose foie gras, the region’s top-hole product. Finally, Brive has a number of sport facilities and recreational activities. Let us suggest a golf course and a water sport session near the lake of Causse Corrézien.