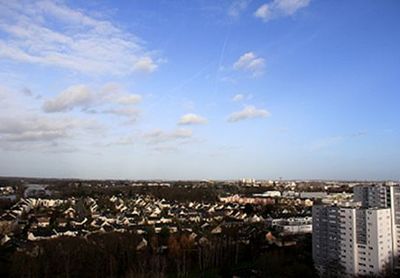 Compare & Save on car rental in Nantes

Nantes is on the Loire river, and although the capital city of the Pays de la Loire region, is still regarded as having its major attachment to Brittany, even if it was separated from the historic region of Brittany in 1798. Like many other major French cities, Nantes was founded by the Romans after a victory by Julius Caesar over the local tribes, and then suffered many turbulent centuries, being fought over by the Bretons, Vikings, and subsequently the Dukes of Brittany in the wars of succession with the French throne. Once peace settled over the city, its location on the Loire contributed to it becoming a prosperous trading centre, and later gaining much wealth from the slave trade. There is a poignant memorial to the many slaves who perished in the Atlantic crossings in the modern city. Severely damaged by bombing in World War II, the city has in recent years seen the port moved to the mouth of the Loire estuary at St Nazaire, and major investments into revitalising the city centre. Nantes has been voted the greenest city in France, holding that title in 2013, as well as Time magazine naming it as the most liveable city in all Europe. Several of the budget airlines run flights to Nantes airport from the UK and car rental can be arranged at the airport.

Things to Do in Nantes

Jules Verne was a famous son of the city, and one of Nante’s excellent museums is devoted to him, with interactive displays, models, and original manuscripts. Continuing the theme of eccentric machines, Les Machines des Iles des Nantes will entrance the whole family, with a submarine shaped like a mechanical elephant that you can ride in to an underwater world where giant squids and prawns attack. You can watch other weird and wonderful machines being created in the workshop attached to the display.

Nantes’ cathedral is a masterpiece of Gothic architecture, and worth a visit if only for the magnificent tomb of Francois II, Duke of Brittany, and his wife Marguerite de Foix. At the entirely restored Chateau des Ducs de Bretagne you can enjoy a virtual tour of the historic city of Nantes, and view the city from a walk around the ramparts of the castle. The historic sailing ship of Belem, one of the wooden ships that traded across the Atlantic in the 19th century, can be visited when it’s moored on the banks of the Loire, and it also runs trips to Brest, an unforgettable experience. Three Top Attractions Musée Jules Verne Les Machines des Iles des Nantes Chateau des Ducs de Bretagne

Finding the right car rental deal in Nantes can be done right here through GoCarRental.com ahead of your visit, and your rental car picked up from the airport or city centre on your arrival. Nantes-Atlantique Airport is just 8 miles from the city itself, on the N884 and D723. The N844 is the city’s ring road, off which the A83 runs south to Niort and the A11 east to Angers, both worth a day trip. One of Brittany’s greatest attractions is its dramatic coastline, and there are numerous small D roads that lead west from Nantes towards the coast. Armed with a satnav and a Michelin guide, visitors can spend all day exploring hidden coves and fishing villages along the heavily indented coast.