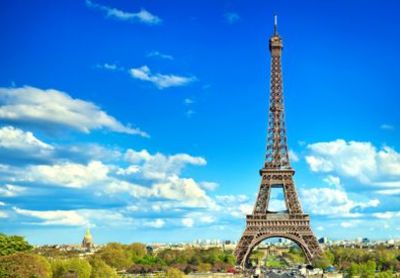 Compare & Save on car rental in Paris

Paris is one of Europe’s major cities, the capital of France, situated on the River Seine at the heart of the Ile-de-France region. It’s probably one of the most romantic cities on the Continent, and iconic Parisian landmarks have appeared in endless films over the past fifty years. With a history stretching back more than two thousand years, the walled cathedral city became Europe’s most eminent seat of learning in medieval times, and was the largest city in the Western world until the beginning of the 19th century. It has been the centre of political events throughout its history, including the French Revolution (immortalised in Dickens’ “A Tale of Two Cities”). It probably has more famous landmarks than any other city, including the Eiffel Tower, the Louvre, Notre Dame cathedral, the Arc du Triomphe, and the Pompidou Centre. The city is at the centre of a network of road and rail links and is served by two major airports, Paris Charles-de-Gaulle, and Orly. There are numerous choices for visitors wishing to arrange car rental in Paris, either from rental companies in the city, or from collection points at the airport. You can find the best choice of price and vehicle right here at GoCarRental.com.

Things to Do in Paris

Any visitor to Paris is spoilt for choice, and the challenge is to narrow down the number of places to visit and things to do to fit the time that you have in the city. The public transport system is excellent, as you would expect in a capital city, and you do need nerves of steel if you are planning to drive in the city itself. You might prefer to reserve your car for trips to the many delights that tempt the visitor just outside Paris. Although it seems a bit corny, you really do need to visit all the most famous sites during your visit – they are just as wonderful as they are portrayed on film.

Notre Dame, especially viewed from the banks of the Seine during an evening stroll, with its floodlit spires, is a breathtaking sight, and a trip up the Eiffel Tower to savour the view over Paris shouldn’t be missed. Some of the world’s most famous paintings are displayed in the galleries of the Louvre, including Leonardo’s Mona Lisa, Géricault’s Raft of the Medusa, and Veronese’s The Wedding at Cana. Take a trip to the palace of Versailles, and wonder at the Hall of Mirrors, and luxury of the King’s Apartments. For modern and contemporary art, the Pompidou Centre is a good choice, and the design of the building itself is worth viewing. For the Impressionists and Post-Impressionists, the Musée d’Orsay will occupy a day of delicious browsing.

Advice from visitors is to avoid driving in the city – parking is difficult to find and expensive, and the complications of some of the inter-changes (the Arc de Triomphe is famous) can be difficult to navigate for the visitor. It is better (and cheaper)to plan to base yourself outside the city, and take public transport for trips into the centre, and plan your car rental for exploring the surrounds. There are a number of forests around Paris where you can take a picnic and enjoy a walk through the trees, and numerous places of interest and attractive towns to visit, including Fontainebleau, Chartres, and Meaux. Paris has an inner and an outer péripherique (ring road) from which all the arterial roads originate and navigating your way around the outskirts of the city is comparatively easy.