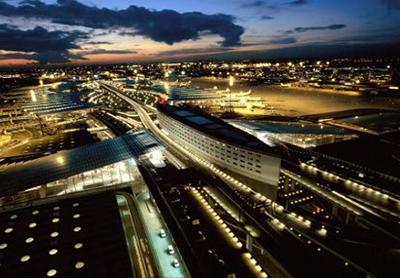 Compare & Save on car rental in Roissy

Located in the Ile-de-France, more precisely in the Val-d'Oise department, Roissy is a town that is primarily notorious for the the Roissy-Charles de Gaulle airport. Founded nearly two millennia ago, Roissy was once home of Gallo-Roman civilization, of which its still keeps several historical remains. Roissy soars after the implementation of the international airport in 1974, and modern infrastructures bloom from both sides of the city. To explore the Roissy region far and wide, have a look at the exceptional rates on GoCarHire.co.uk and enjoy all this place has to offer. If the Roissy-Charles de Gaulle airport is in itself an attraction for the city, it is noteworthy that Roissy has a wide range of historical monuments that fully deserve a visit. Roissy preserves offers many tourist attractions, including the Saint Eloi church, a religious building displaying a Renaissance architecture, built in the sixteenth century and dedicated to the advisor of King Dagobert, in the person of the Bishop of Noyon. Besides this religious monument, history buffs and tourists can also see the remains of the castle of Caramans. The castle was destroyed after the assaults in 1794 during the Revolution, its ruins are now part of the historical heritage of Roissy. Besides the many contemporary constructions that characterize its landscape, Roissy also offers a range of natural colors spread in gardens and green spaces. Among the most important ones, we may mention the Garden City Hall, consisting of a set of six themed gardens. Roissy has also a very proactive cultural center: the Orangerie. It is composed of a school of music and dance, a municipal library and an auditorium and an exhibition space.

Modern city, Roissy is served by several road networks that facilitate its exploration by car. Cruising these tourist routes to accomplish your journey, you can enjoy the contemporary sculptures scattered on both sides and adorning the city for over sixteen years. Among these we should mention the "Métalithe", "Œuvre collective", the "Temps", the “Aumône" or the "Connection". To relive the last moments of the activity of the supersonic aircraft Concorde, you can see near the Orangerie a landing gear of the aircraft, exposed as a monument to immortalize the glory days of this mythical device.