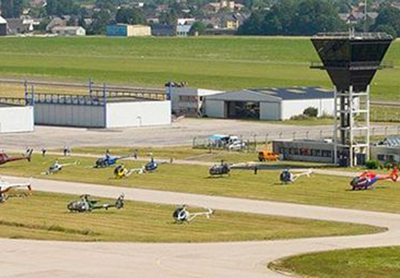 Compare & Save on car rental in Rouen

Explore Rouen and its surroundings by renting a car at the best rates GoCarRental.com. Located in Normandy, Rouen is one of the top 15 cities in France. It benefits from the City of Art and History label awarded to French towns with a considerable cultural and artistic heritage.

Things to do in Rouen

Rouen heritage is rather remarkable. Sometimes called "the Golden City", this town is indeed full of ancient religious buildings. The impressive Gothic Notre-Dame of Rouen offers the highest spire of France that reaching 151 meters high. It inspired many artists like the famous painter Claude Monet, who immortalized it in his series of "Cathedrals". The church of Saint-Maclou, with its five decorated porches also deserves particular attention. The Gros Horloge (“The Big Clock”) is another emblematic building of Rouen. The ornate astronomical clock is housed in an arch spanning rue du Gros Horloge. Then go through the Place du Vieux Marché. It was there, during the Hundred Years War between France and England, that Joan of Arc was burned alive on May 30, 1431. Surrounded by timbered houses, the square hosts the remains of Saint-Sauveur church, destroyed in 1793. The Sainte-Jeanne-d'Arc church, built in 1979, hosts a civilian memorial in honor of "The Maid of Orleans" and stained glass windows, salvaged from the old church Saint Vincent of Rouen destroyed during the Second World War. The Joan of Arc Museum is located in this square, as well as several restaurants and cafes where to eat. You will find a few streets away, another museum dedicated to the writer Pierre Corneille.

Rouen is also a city full of art exhibitions. You can definitely find something to satisfy your curiosity at the Museum of Fine Arts of Rouen, or at the Natural History Museum, the Museum of Antiquities, the Flaubert Museum and many others. Finally, every four or five years, you can watch the Rouen Armada's meeting, which brings together tall ships and warships in the port city for ten days. This is probably the largest naval meeting in the world, and renting a car on GoCarRental.com, you can be part of it!