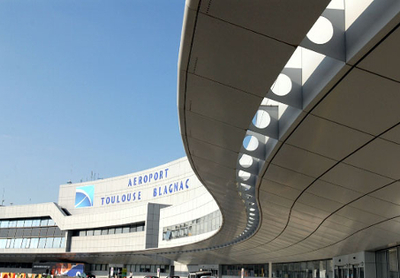 Compare & Save on car rental in Toulouse Airport

Toulouse is a fascinating city in its own right, and a wonderful jumping-off point from which to explore the midi-Pyrenees and south-west France. The airport (Toulouse Blagnic) is located just outside the city, and a 15 minute drive takes you to the city centre. There are a number of flights from the UK to Toulouse daily, and for those wishing to arrange onward travel or explore the area, car rental in Toulouse Airport can be planned in advance, and the best deals booked through GoCarRental.com. The city is sometimes called the “rose city” for the colour of its buildings, and lies on the banks of the River Garonne. It has become famous in recent years as a base for France’s aerospace industry and the headquarters of Airbus. Toulouse was in earlier times the capital of the province of Languedoc, and has two UNESCO World Heritage sites, the Canal du Midi, which runs through the city, and the Basilica of St Sernin.

Things to Do in Toulouse

The Basilica of St Sernin is in the heart of the old rose-brick centre of the city, and is one of the largest and finest Romanesque churches in Europe, containing the tomb of St Thomas Aquinas. The stained glass rose windows are beautiful, and the towering simplicity of the arches I the central nave give the church a unique feel. The Musee des Augustins is not only an impressive building in its own right, but it also houses an impressive permanent collection of paintings from the Renaissance to the present day. The Musee de la Resistance et de la Deportation is a poignant reminder of those who fought in the French Resistance and the Jews who were deported from the area during the Second World War.

The Cité de l’Espace makes for a great family day out, with the planetarium, IMAX and interactive displays. Hiring a boat and taking a day trip down the Canal du Midi, or making a longer vacation of your boating, is an unforgettable experience. For touring the area, a car is essential, and will give you access to the delights of the Lot et Garonne and the Midi-Pyrenees. The historic walled city of Carcassonne is only an hour’s drive away from Toulouse, and the picturesque hilltop town of Castelnaudry introduces the visitor to the turbulent history of the Cathars and the fortress towns in the region.

The old narrow streets at the heart of the city are difficult to navigate unless you have a city-car, but otherwise Toulouse is reasonably easy to drive around, and there are plenty of car parks close to some of the main historic sites. The airport is on the A261 which takes the motorist directly into the city. One of France’s arterial motorways passes the city, the A62, splitting south of Toulouse to give access to two seas – it becomes the A64 to Bayonne in the west, and the A61 to Carcassonne and Narbonne on the Mediterranean.