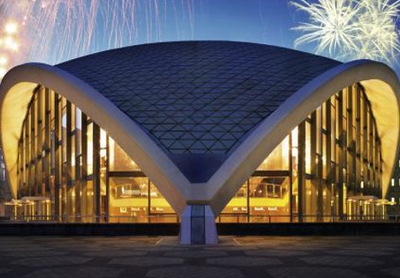 Compare & Save on car rental in Dortmund

Dortmund is a major city in the Ruhr area of North-Rhine Westfalia. Dortmund is today known for its extensive parks, gardens and green spaces, many of them created on land reclaimed from earlier mining and industrial operations. In the 12th century the city was the residence of the Holy Roman Emperor, and an Imperial Free City. In the 19th century, as part of the Prussian Empire, it became a major industrial centre for coal and steel. Much of the centre of Dortmund was destroyed towards the end of the Second World War, both through bombing and ground fighting as the US Army advanced into Germany. Many historic buildings and churches were subsequently restored, including the famous Marienkirche and the Reinoldikirche. Dortmund today is a major centre of IT and high tech industries. Its situation close to the Dutch border makes it an attractive base from which to visit the towns of Arnhem and Utrecht, and the German cities of Cologne and Bonn are an easy driving distance away. To take advantage of the best car rental value deals ahead of a trip to Dortmund book through GoCarRental.com.

Things to Do in Dortmund

One of the finest of the city’s many parks is the Westfalenpark, with its rotating Florianturm restaurant at the top of the tower of the same name, a lively market, rose garden and extensive children’s playground, as well as meadows and woods to wander through. The Westfalian Museum of Industry provides fascinating glimpses into the industrial heritage of the city, and with a guide to provide anecdotes about life of coal miners and to point out the Art Deco delights of the old industrial buildings, it is well worth a visit. The restored Romanesque church of Reinoldikirche in Dortmund’s Market Square is a delight of colours and the modern stained glass windows complement the peaceful interior.

Just on the outskirts of city stands another ancient church, St Peter, Syburg, with gravestones in the churchyard dating back to 750 AD. The Steinwache’ Memorial and Museum is based in the old Gestapo headquarters and tells the story of the persecution and resistance in the city between 1933 to 1945, a sombre but educational visit. And if shopping is your “thing” then Dortmund is your city, with major shopping quarters in Westenhellweg, the historic trading centre of the city and now a mile-long stretch of major stores; and Kleppingstrasse, with its designer shops and boutiques.

Booking car rental in Dortmund through GoCarRental.com provides the visitor with the flexibility to collect their rental vehicle from a pick-up point in the city or from the airport on arrival. Dortmund Airport is served by several of the low-cost airlines from the UK, and is a short 15 minute drive from the centre of the city on the B1, taking the exit for L672 and Dortmund’s ring road. Dortmund has an efficient ring road system, and the city is well connected with other areas of Germany and the Netherlands, the E34 running just north of the city and joining with the E35 to bring the motorist to Arnhem, and the E37 providing easy access to Dusseldorf and Cologne. Be warned that the autobahn in the Ruhr region are amongst the most congested in the country during the rush hour, so to be avoided if at all possible.