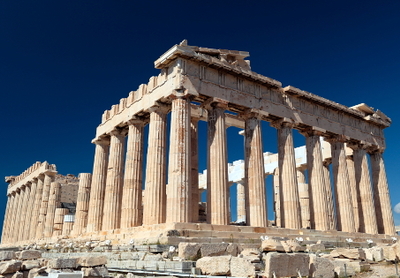 Compare & Save on car rental in Athens

Athens is one of the most famous cities in the world, credited with having developed the earliest system of democratic government, and for the philosophers and scientists who founded the basis of Western culture and thought. The site of Athens was first settled over 7,000 years ago and at the time of the Mycenaean civilisation was already a major city with an imposing fortress on the hill of the Acropolis. The 5th century was known as the Golden Age of Athenian democracy, and an ambitious building programme was embarked upon, with the Acropolis and the Parthenon amongst the civic buildings that expressed Athenians pride in their city. In later centuries the city suffered a decline, and was eventually conquered and brought under the rule of the Ottoman Empire, only broken when the Greeks asserted their independence in 1834. In recent times, aware of the increasing pollution caused by industry and heavy traffic, the city authorities have done much to improve things, introducing pollution control laws, and cleaning and restoring many of the historic buildings. In 2004 Athens hosted the Olympic games, bringing them home to where they originated in classical times.

Things to Do in Athens

There is so much to see in the city itself that it’s easy for the visitor to miss out on some of the antiquities and the glorious coastline to visit nearby, so arranging car rental for at least part of your visit is wise. In Athens, the hill of the Acropolis is the major attraction – and before you walk through the ruins of temples and the Parthenon, a visit to the Acropolis Museum helps to provide a vision of the buildings as they would have been in their prime. As well as the iconic Parthenon, explore the other lesser-known temples on the Acropolis, amongst them the Temple of Hephaestus, a beautiful and well-preserved temple in the ancient Agora.

The Parthenon is undergoing major restoration at the moment, so is often shrouded in scaffolding, but even so the stunning white marble pillars and floors are impressive. The Erechtheion is the second largest temple on the Acropolis, and is rightly famous for its Porch of the Caraytis with its six statues of graceful maidens. The National Archaeological Museum is worth at least a day of your time, housing so many ancient treasures, and with exhibitions explaining the ancient civilisations who have occupied Athens and the Greek islands and provinces down through history. For a totally different experience, and to soothe aching feet, the Lake at Vouliagmeni, just a short drive outside Athens, offers wonderful relaxing bathing in the volcanic springs. Top Three Attractions Parthenon Temple of Hephaestus National Archaeological Museum

All the greatest historic buildings of the city are clustered within walking distance of one another, so can be explored on foot, and traffic in the centre of the city can get very busy. Many visitors find that their best plan is to book car rental in Athens for part of their visit, finding the best deals through GoCarRental.com. Driving around the outskirts of the city is relatively easy if you have a satnav to guide you, and a car will enable you to explore the port of Piraeus and the Mediterranean coastline (route 91 from Athens), the Dasos Kesarianis Mountain Park behind Athens, (route 64) and to cross the Peninsula to the Aegean coast on the 54 to Rafina.