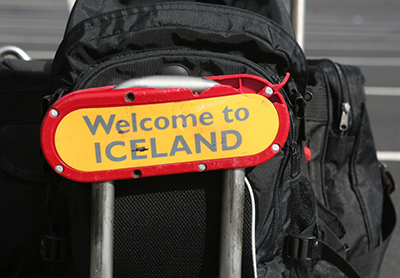 Renting a car in the airport of Keflavik allows you the comfort of mobility in one of Europe’s most intriguing places. Having your own car is a huge help whe n experiencing this natural landscape at its very best. It can enchant and capture imaginations and deserves full attention – and a car to see as much of it as possible! .

What to do in Keflavik –Iceland International Airport

Keflavik airport is the main one in Iceland and it is located some fifty kilometers from Reykjavik. The main city of Iceland is a very lively urban hub.With a car it will be easier to expore this hot­spot, cruising from one club to the other. Alongside the capital, there are many other places in Iceland which deserve a visit or two. Among them is Gullfoss waterfalls. The fascination of this south­western area is due to the waterfall’s height and extension – it is one of the biggest in Iceland – but also because of its unique blend of different colours, whichattract photographers far and wide. Renting a car in Iceland means discoveringall of this precious and plentiful treasure. However, there is more than meets the eye: this marvelous island is also the country of geysers and many national parks, not mistakenly considered world treasures..

Iceland somehow has contrasting visions. Lava and ice seem to fight for chromatic predominance and the patiently still northern atmosphere gets suddenly attacked either by the vapor of Geysers or by the sun, intruding in an otherwise black midnight. In the area of Hvitarsida, close to Husafell, you can visit Hallmundarhraun, an enormous lava field with a system of caves where lava passes through: it is one of the widest in the world. The opposite force in this natural clash is Vatnajökull, the biggest glacier in Europe and the fourth ice cap in the world, second only to the Antarctic and Greenland Ice Caps and to Campo de Hielo Sur in Patagonia (Southern Patagonia Ice Field). Near Keflavik, you might appreciate the white­wood churches and the Folklore museum, built out of old houses renovated for its inauguration.