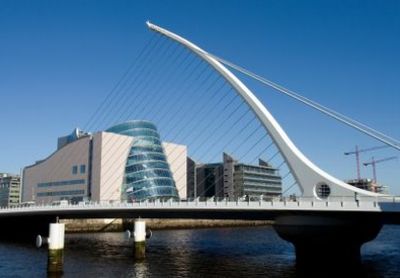 Compare & Save on car rental in Dublin

The capital city of Ireland, Dublin is the largest city on the island by far. Over a third of the people who live in Ireland reside within Dublin, mostly in the suburbs. The city centre itself is relatively small and easy to navigate, and is also incredibly beautiful. Dating back to 841, the city was originally settled by vikings amongst a population of Celtic tribes. Divided by the River Liffey, the city today is a buzzing hub of music and the arts, the political centre of the Republic, and with some of the best cosmopolitan shopping, wining and dining available in the country.

Things to Do in Dublin

Dublin is a truly cultural city, a vibrant place a-buzz with literary and musical happenings. You can soak up some of the city\'s famous literary history at the fantastic Dublin Writers Museum on Parnell Square. Another major tourist destination is Dublin Castle, which was the former seat of British rule in Ireland. For those looking to explore what modern Ireland has to offer, step off the history trail and head for the Irish Museum of Modern Art, an exciting mixture of permanent collections and temporary touring exhibits. A great option for families travelling with little ones is a stop at Dublin Zoo. Located in Phoenix Park, and dating back to 1830, it\'s the largest zoo in Ireland. Top Three Attractions Dublin Castle Dublin Writers Museum Irish Museum of Modern Art

All car rental companies in Ireland have rental desks at the arrivals hall of Dublin Airport. Most of them also have inner city locations which can be cheaper to hire from. Driving in the city itself is simple, with lots of inner city car parks to choose from. However, the centre of Dublin is relatively small, so you can easily explore on foot or by tram or bus - so you might want to consider leaving your car at one of the city\'s Park and Ride stops on the edge of town instead, saving your car rental for trips further afield.