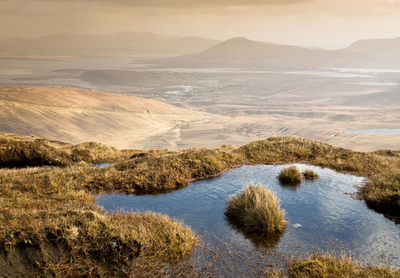 Compare & Save on car rental in Knock

Knock is a village in County Mayo, in the west of Ireland. Its name comes from the Irish Cnoc, meaning \'The Hill\'. However, today it is more commonly known as Cnoc Mhuire, \'Hill of the Virgin Mary\', as it is located just next to the famous Knock Shrine. This shrine is supposedly the spot where the Virgin Mary, along with Saint Joseph and John the Evangelist, are said to have appeared on 21 August 1879. As a result, Knock has become one of Europe\'s major Catholic Marian shrines, alongside Lourdes and Fatima. 1.5 million pilgrims visit the Knock Shrine each year, and the Pope himself paid a visit in 1979 to commemorate the centenary of the apparition.

Things to Do in Knock

Obviously, the main attraction at Knock is its famous shrine. The shrine is open all year, with the main pilgrimage season beginning on the last Sunday in April, lasting until the second Sunday in October. The grounds around the shrine are home to a variety of souvenir shops as well as religious buildings, gardens, rest, care and health centres, hostels, religious book shops and churches.

Of particular interest is the Knock Museum, where you can learn all about the shrine and the history of the area. Also of note for those with an interest in the Knock Shrine story is the grave of Monsignor James Horan, who constructed a new basilica here, arranged the Pope\'s visit in 1979, and also brought about the construction of the Ireland-West Airport which serves as a major artery for pilgrims looking to visit Knock. Top Three Attractions Knock Shrine Knock Museum Blessed Sacrament Chapel.

Knock is essentially served by its own airport, Ireland-West Airport Knock. The village of Knock likes 20km away, and its 685,000 annual passengers make it the 4th busiest airport in the country. It is well served by car rental companies, and its location on the main N17 motorway means that Knock village is an easy drive away. It also means you\'re well connected to Galway and Sligo should you wish to explore the country further.