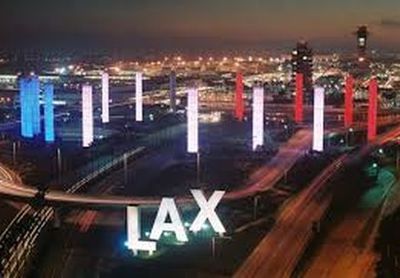 Compare & Save on car rental in Los Angeles Airport

Whether you’re travelling to Los Angeles for a taste of fame or for the height of West Coast American culture, Los Angeles Airport is the ideal base for your vacation. Many of the highlight landmarks of Los Angeles are close to the airport and using the wide range of car rental companies, you can visit everything Los Angeles has to offer at your own pace.

Things to Do in Los Angeles

Due to the central location of Los Angeles airport, you can travel to a number of exciting and interesting attractions by car. The infamous Hollywood sign is half an hour from the airport area and looks over the easily recognisable Sunset Boulevard and Melrose Avenue. The Hollywood area is also home to both Paramount Studios and Universal Studios and driving around the area in your car will feel like the scene from a movie.

Alternatively, you can visit the idyllic Venice Beach, a location that is as famous for its silky sands as its liberal attitude. Venice Beach and the neighbouring Marina Del Rey are a mere 20 minute drive north from Los Angeles airport, whilst Long Beach is half an hour south from the airport.

Many tourists prefer to make the most of the West Coast without having to travel to different airports and Los Angeles is ideally located. Los Angeles has an efficient network of freeways connecting the city with other appealing locations, including Las Vegas and San Francisco. By car, many of the nearby cities can be accessed in a number of hours, without the need to fly from airport to airport. If you are happy to make the most of the Los Angeles area, there are a number of national parks for day trips. The scenic East Pacific Coast Highway follows the ocean north and borders several national park for walking, hiking and camping trips. For the more culturally inclined, the Fashion District is just half an hour by car from Los Angeles airport.