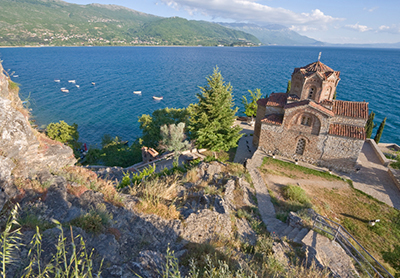 Compare & Save on car rental in Macedonia

Renting a car in Macedonia is a great solution for those willing to enjoy the charm of this country to the fullest. Having your own car in Macedonia will also allow you to explore the area far and wide, from the capital Skopje, to the monasteries and the natural attractions scattered throughout Macedonia, otherwise inaccessible without a car. On GoCarRental.com you can find many useful solutions to choose with the guarantee of top quality vehicles.

Things to do in Macedonia

Renting a car in Macedonia you will get the chance to immerse yourself into some wild areas of great beauty, such as the three National Parks of Pelister, Mavrovo and Mount Galichica, or where you the city of Ohrid, famous for its lake and its marvelous monastery. You can also visit Lake Ohrid, with its clear waters and lush coastline. Ancient fortresses, incredible cities and old Orthodox churches on the shores make this place a rare treasure. Accordingly Lake Ohrid is one of the oldest lakes of our planet,hiding within it a 100 metre high, resulted from the same earthquake that had generated the lake between 2 and 5 million years ago!

When you are in Macedonia, you should definitely stop in at least one of the nature reserves the country offers, including Lake Ohrid, though it isn’t quite central, and then continue to the beautiful capital of Skopje. Skopje is a unique city, several times destroyed by earthquakes and where the communist architecture imposed by Tito still generates a bit of fear even in stronger souls, but at the same time here are hidden some treasures you wouldn’t expect to exist. The first thing you notice in the city of Skopje is the large presence of statues, making it a particularly memorial city. Split in two by the river Vardar Skopje imposes a visit to the largest bazaar in the Balkans, placed in the old town, as well as a trip to the magnificent Kale Fortress, directly overlooking the River. Skopje will give you great satisfaction, especially if you will have the convenience offered by a rental car, which will be of great help in one of the most unexplored tourist cities of Europe.