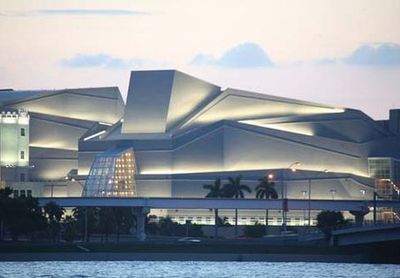 Compare & Save on car rental in Miami Airport

Miami, Florida is one of the most popular destinations in the United States for tourists from the UK, providing all the attractions of a vibrant city, golden beaches, and the Everglades National Park nearby. Miami International Airport is just five miles from the city, and has a new Rental Car Centre where all the car rental companies can be found. There is a turbo-rail from the main airport terminals to the RCC. A car is essential when visiting the US, given the distances and the relative lack of public transport, so planning for car rental from Miami Airport is essential, and you can find the best deals and the vehicle of your choice right here at GoCarRental.com. Miami is located on the Atlantic coast in south-eastern Florida, and is a major centre of commerce, culture and entertainment, and Forbes magazine ranked it “America’s cleanest city” in 2008 for its good air quality and extensive green spaces. It is one of the richest cities in the US, and is also the cruise capital of the world, with many of the world’s largest passenger liners visiting the port. The city has a lively nightlife, some of it beachside, and the high concentration of Cuban Americans in the Little Havana district of the city make for great music and excellent eateries.

Things to Do in Miami

There are endless beaches to choose from without having to move out of the city, some of the most popular being South Beach, close to many nightclubs, Bayfront Park, and Virginia Key near the Seaquarium. Zoo Miami is recognised internationally as one of the best zoos in America, and is entirely cageless, with the animals being kept free-range in safe groups. A visit to Miami Seaquarium is an unforgettable experience, with marine shows featuring dolphins, killer whales and other sea creatures and other exhibits including the extraordinary Florida Manitee.

The Miami Science Museum and Planetarium has constantly changing exhibitions, and both children and adults will love the daily displays and laser shows in the Planetarium. A visit to the World Heritage Site of the Everglades National Park is a must, with its 1.5 million acres of swamps, and sub-tropical jungles. The Everglades are home to a number of rare and endangered species, including the Florida Panther and the American Crocodile. For a totally different experience, try piloting a Boeing 767 for a day, at the Wingmans Advisors Flight Simulator, located just north of Miami International Airport.

Once you get used to the grid layout of the roads, running from east to west and north to south, getting around Miami is pretty straightforward. Just remember that Courts, Roads, Avenues and Places run from north to south and Streets runs from east to west. The Airport Expressway (SR 112) takes you from Miami International Airport to central Miami, and although a toll road, you can get a discount with a Sun Pass from your car rental company. Florida’s Turnpike Homestead Extension (SR 821) provides a half-ring road for the city and is the highway to take if you are travelling to the Everglades and Florida Keys. As cash is not accepted on many toll roads, make sure to obtain a Sun Pass automated toll device so that you don’t get caught out.