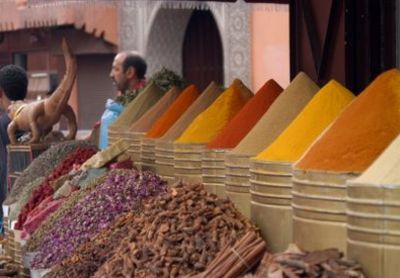 Compare & Save on car rental in Morocco

Morocco has become one of the most popular tourist destinations for holidaymakers from the UK in recent years, not surprisingly, for the variety of historical sights, sun, sea and beaches that it offers. The most multi-cultural of the North African countries, Morocco has a large Berber population who live mostly in the more mountainous areas, as well as Arabs, Africans, and many French. The capital of the country is Rabat, although the largest city is Casablanca. Morocco is also one of only three countries with a coastline on both the Atlantic and Mediterranean. Having gained independence from France in 1956 the country is now a constitutional monarchy, with the King holding ultimate power. There are very early traces of human habitation both along the Moroccan coastline and in the mountains; the country came under Roman rule from Carthage for some seven centuries, and with the decline of Rome the country was for a time under the patronage of the Byzantine Emperors. A Berber dynasty was succeeded by the Arab Alaouite dynasty, who have ruled ever since the 17th century. Morocco became a Protectorate of France in 1912 before finally gaining its independence in 1956.

Things to Do in Morocco

Morocco is a country that lends itself to touring by car – the countryside is wonderfully varied, and many of the more rural mountain villages are difficult to reach by bus. Arranging car rental for your trip to Morocco through GoCarRental.com will give you the greatest flexibility and choice of vehicle. Enjoy a few days swimming and sunbathing from one of the Agadir’s many beaches and then for a complete change of scene take the winding road to Ouarzazate, the Capital of the South, an ancient city built of the sandstone of the Sahara. From Ouarzazate take a trip into the Sahara: the roads are very driveable in this area, and many Merzougan auberge (inns) offer a night in the desert, an unforgettable experience.

Agadir, for its beaches and watersports

Ouarzazate, the ancient capital of the south

From Ouarzazate the dramatic scenic route over the mountains leads to Marrakech, providing a feast of sights and experiences. Visit the many ancient souks, and the Medina, the historic part of the city. In the main square and little alleyways you will find snake-charmers, magicians, dancers and musicians. To escape the hustle and bustle of the city, a day trip into the High Atlas Mountains to visit the Berber souk in Amizmiz and enjoy the views over the mountain valleys can be a welcome break. From Marrakech the visitor can take the road to the coast at El Jadida, a port city with ancient defensive walls built by the Portuguese and a Renaissance fortress. The coast road leads to Casablanca, the most cosmopolitan of Moroccan cities, with a chance to bargain in the city’s ancient souks or visit the impressive Hassan II mosque.

Morocco has invested heavily in improving its roads over the past two decades, and they are mostly excellent, with signposting in Arabic and English. Traffic is very light on most rural roads, but the cities can become frenetic in peak times, and Moroccan drivers tend to both over- and undertake, which can be disconcerting to the visitor at first! An important tip to remember is that distances can be deceptive – you can use up a lot of fuel driving on winding mountain roads, and petrol stations can be few and far between in the countryside, so top up your tank whenever you can. Get advice when you collect your car rental if you are planning a long journey. The major roads in the country are the A7, from Agadir to Casablanca, the A1 from Rabat to Tangier, and the A2 which runs east to the Algerian border.