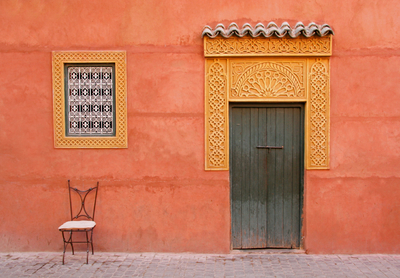 Compare & Save on car rental in Marrakech

Marrakech is the third largest city in Morocco, and ideally placed for the visitor who wants to explore the different aspects of Morocco – mountains, desert and coast. Car rental is a must, and the best deals can be found online at GoCarRental.com, along with flexible pick-up and drop-off points and a wide choice of vehicles. The name Marrakech derives from the Berber for “the Land of God”, and the situation of the city at the foot of the Atlas Mountains certainly warrants that description. The city is divided into an old and new quarters – the Medina, the historic city – and the Ville Nouvelle, the modern town. One of the four Imperial Cities in the area in ancient times, it has the nickname of the Red City for the colour of its ancient sandstone buildings. It also boasts the largest Berber souk, or market, in Morocco. Marrakech has an international airport and is now served by one of the country’s major autoroutes.

Things to Do in Marrakech

A starting point for exploring the city is the central square, Jemaa el-Fnaa, which is part of a UNESCO World Heritage Site, and supposedly one of Africa’s busiest and most famous market squares. The tourist can find stalls selling everything from souvenirs to fabric to food, and watch performances by snake-charmers, magicians, story-tellers and musicians. Souk Semmarine is one of the largest markets, selling spices, carpets, and traditional Moroccan dress and jewelled slippers. The Medina is a UNESCO World Heritage Site, with its ancient maze of alleyways and market stalls. The El Badi Palace is a beautiful old sandstone building with a terrace overlooking gardens and views to the Atlas Mountains.

The city ramparts encircle the old city and can be walked while taking in some of the other historic sights like the Saadian Tombs. These are superbly decorated with Moroccan tiles, and include the tombs of Jews and Christians. The El Bahia Palace was built by a Moroccan nobleman during the 19th century, and has some fine stained glass, and beautiful courtyards and terraces. No visit to Marrakech is complete without going to a Hammam – the Moroccan bath house, where you can luxuriate in steam baths and have a traditional massage. Les Bains des Marrakech is one of the most tourist-oriented, with a wide choice of spas and treatments. The Dar Si Saïd Museum has a wide range of interesting artefacts from pre-history to the 20th century, and an outstanding collection of wood carvings and musical instruments. The Ali Ben Youssef Mosque is one of the finest in the city, and although non-Muslims are not able to view the interior, the exterior of the building is well worth a view.

Driving in Marrakech itself can get exciting at busy times, as the locals tend to have a fairly anarchic approach to overtaking, so the visitor is advised to explore the city on foot, and use their car rental for exploring the surrounding region. Taking the R203 into the Atlas Mountains will bring you to Toubkal National Park, and there are great opportunities for hiking in the region. The N9 south from Marrakech leads over the mountains to the capital of the south, Ouarzazate, and the edge of the Sahara. Marrakech airport is a short 12 minute drive from the centre of the Nouvelle Ville on the R212. There are car rental collection points at the airport.