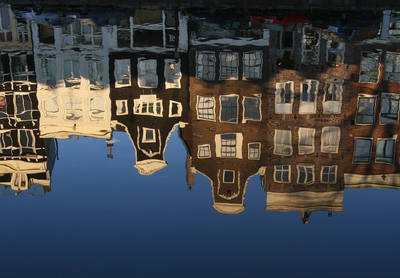 Compare & Save on car rental in Amsterdam

Amsterdam is the capital of the Netherlands, often referred to as “the Venice of the north” for its canals and beautiful historic city centre. It’s one of the most diverse cities in the world, having residents drawn from 178 different nations. The city’s Canal Belt quarter was designated a UNESCO World Heritage Site in 2010, and its popular appeal to tourists is that it offers such a range of attractions, from world-famous museums and art galleries, to clubs where you can party the night away. Amsterdam started life as a small fishing village in the 12th century, growing to become one of Europe’s most important cities during the Dutch Golden Age of the 17th century. The old city has been added to and expanded over the centuries, and more recent building on the outskirts has been of modernist design. The Old City Centre is encircled by six canals, and just outside the circle is the South district, where many of Amsterdam’s museums are to be found. The financial and port quarters are outside Amsterdam’s ring motorway. Public transport in the city is good, and many visitors choose to hire a bike if they are staying in the city centre. The best way of exploring the surrounding area is to arrange car rental ahead of your visit.

Things to Do in Amsterdam

The Old Centre is one of the most complete historic city centres in Europe, and repays time to explore the many little streets running alongside the canals, and the old wooden houses. Look out for the enclosed courtyard of the medieval Begijnhof, originally built for a Catholic religious community. The Canal Ring was built in the 17th century, with its numerous white drawbridges, and the district contains a museum dedicated Anne Frank. The Rijksmuseum and the Van Gogh Museum contain paintings by some of the world’s greatest Old Masters and 19th century artists, and no visit to the city is complete without taking a tour of the canals on a canal bus.

The floating flower market in Singel is one of the city’s most colourful sights, and in fine weather the city’s Vondelpark is a beautiful green space to stroll through or take a picnic. You might catch sight of the flock of parakeets who now inhabit the park, and there’s a giant Picasso sculpture in the centre of the Vondelpark. For shopping enthusiasts, the Jordaan district of the city combines picturesque views of canals with the chance to buy at the many designer boutiques in the area.

Most visitors to Amsterdam fly in to Schipol Airport, or arrive by Eurostar. In either case you can arrange car rental collection through GoCarRental.com at your point of arrival, or collect your vehicle from a location in the city. Locals advise visitors not to consider driving in the centre of the city; parking is difficult to find, expensive, and the streets are congested. There are a number of Park and Ride locations on the city’s ring road, the A10. There is a daily flat rate fee of €8, and public transport to the city centre is included. You can also take a waterbus into the centre from several of the Park and Ride locations. From Schipol Airport the A4 joins the city ring road after 5 miles. Remember that the speed limit on the ring road is 100 kph and 80 kph on the western section, and the limit is strictly enforced.