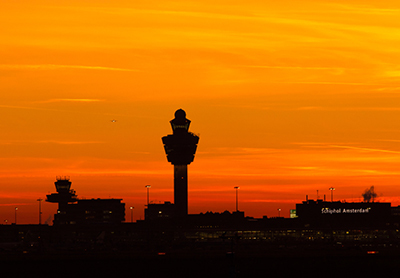 Amsterdam’s Schiphol airport is the most important airport in Holland and one of Europe’s busiest in terms of passengers. It is located south of Amsterdam in the city of Haarlmmermeer, an area that until the end of the XIX century was strongly militarised. At the turn of the century, however, the airport became entirely devoted to the general traffic. In the thirties it was built one of the first tarmac lanes in Europe. Interestingly, Schiphol is famous for being the lowest airport in the world, five meters under the level of the sea. From the airport you can take a train to reach the city center of Amsterdam. By train, Rotterdam, Leiden, Utrecht and Delft are also available.

What to do in Amsterdam

Amsterdam is one of Europe’s most charming cities. Exploring it thoroughly will be hard indeed, as the spots to see are quite too many. However, there are some essentials such as Anne Frank’s house and Van Gogh’s museum. Amsterdam is widely known for the outstanding number of museums and for its perfectly neat green areas. Thus, you will certainly be allured by the enchanting parks, among which a mention of Vondelpark is mandatory. Among the many things you can do in Amsterdam, the canal tour is particularly valuable since the city, sometimes referred to as “the Venice of the North,” is crisscrossed by a thick network of artificial canals. Visiting them will give you a nice point of observation for the majestic sixteenth- and seventeenth-century palaces of Amsterdam. According to almost every citizen of Amsterdam, the very best moment to visit the water canals is in the evening.

Driving your car in Amsterdam is as simple as it can be, especially if you decide for a hire car. With GoCarRental.com, you can benefit from an online reservation service that makes your holiday comfortable and easy. With your hire car you will move from Amsterdam to reach many neighboring cities in a very short while. Among these, Haarles deserves mention – the city is justly famous for the enchanting churches and the wonderful squares –, as well as Leiden, an enchanting setting plentiful of windmills and romantic alleys. Moving from Amsterdam by hire car also allows you to catch sight of cities like Rotterdam, Bergen, and Utrecht. However, there are many more interesting cities that you can reach by hire car.