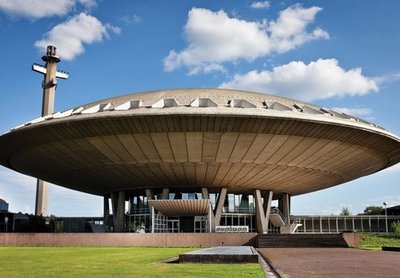 Compare & Save on car rental in Eindhoven

Eindhoven is often overlooked by visitors to the Netherlands, but not only is it an interesting city in its own right, it is also a great base from which to explore the surrounding region. With the Schengen Agreement operating on mainland Europe, visitors can cross the border into neighbouring Germany and Belgium with ease, as well as exploring the historic cities of the Netherlands, and Eindhoven is ideally situated as a touring base. To arrange the most suitable vehicle for your trip and to get the best rates book car rental online through GoCarRental.com. Eindhoven is a modern city with few traces of its historic past – the growth of the city has been dominated in the 20th and 21st centuries by the electronics giant Philips, and the truck and car manufacturer DAF. The city skyline is more typical of Chicago than of other Dutch cities, with its towering skyscrapers, the highest being the 105 metre De Admirant Tower. Eindhoven hosts some important design events during the year, and the city has some of the country’s best modern art museums and contemporary theatres.

Things to Do in Eindhoven

If you are visiting in September, not to be missed is the Light Tour, a celebration of the city’s liberation at the end of WWII, a 22 km route lined with special illuminations. The Van Abbemuseum houses an outstanding collection of modern and contemporary art, and the MU Artspace focuses on pop art and interactive exhibitions. No visit to the city is complete without taking in the history of the two dominating manufacturers, and the Philips First Incandescent Lamp Factory shows how the electric light bulb was first developed. The DAF Museum has exhibits from the founding of the company in 1928 to the present day.

The Historic Open Air Museum is just that - and has reconstructions of an Iron Age village, historic Eindhoven, and a farm of 1,000 years ago. De Tongelreep Swimming Paradise is a great family centre, with an enormous pool, slides, and a wave-maker. For an exciting evening out the Casino close to the city centre offers plenty of enjoyment without having to lose the shirt off your back. Places of interest within an easy drive of Eindhoven are the village of Nuenen, where Van Gogh lived and painted; the historic town of ‘s-Hertogenbosch; and the historic port city of Antwerp in Belgium.

The city has an excellent ring road system, with feeder roads to all the major motorways in the Netherlands. As with all Dutch cities, driving in the city centre is not to be advised – parking is expensive and difficult to find. There are a number of “parking garages” in the city centre, but the rates tend to be high, so visitors are advised to use their car rental for touring the city surrounds, but to rely on public transport or on renting a bicycle for getting around the city centre. There are some large shopping malls on the outskirts of Eindhoven which are best reached by car, one of the best being Woensel XL. Eindhoven Airport is a short 5 mile drive from the city centre on the A2, taking exit 30 for Eindhoven city.