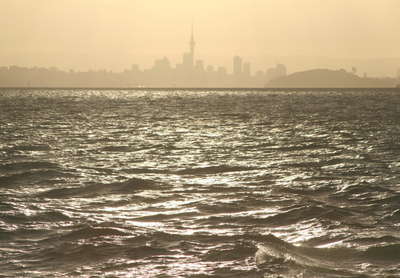 Compare & Save on car rental in Auckland

Auckland is the largest metropolitan area in New Zealand, with over 1 ½ million inhabitants, located on the peninsula that joins the Northland peninsula with North Island. It is bordered by two large harbours, Waitemata to the east and Manukau to the west. The skyline of the city is thoroughly modern, with soaring skyscrapers bordering the harbours, but some fine examples of Victorian, Edwardian and Art Deco buildings remain in the suburbs of the city. The city is definitely designed for the car like its sister city Los Angeles, with a good motorway network linking the different areas. European settlement in the Auckland region goes back to the early 1800s when a small shanty town was established alongside a creek that is now Queen Street. The town grew rapidly and became the capital of New Zealand for 25 years in the middle of the 19th century, initiating a wave of immigration from Britain and Europe. Auckland consistently scores in the top five for cities with the best quality of life, and in recent years has become increasingly multi-cultural, with many incomers arriving from Asia. It is sometimes known as the “city of sails” for the number of yachts that are seen in the harbours.

Things to Do in Auckland

You really need a car for getting around the city and the Auckland region and arranging car rental online through GoCarRental.com ahead of your trip will save you having to pay sometimes exorbitant rates on arrival. To gain a sense of Auckland’s history, visit the War Museum, which takes the visitor through the vital role that new Zealand troops played in the First and Second World Wars; and the New Zealand National Maritime Museum, with displays showing the Polynesian people’s epic ocean voyage to the island they called Aotearoa, and the visits of the first European explorers to reach the island shores. You can book a trip on one of the heritage sailing vessels to explore Waitemata Harbour.

For a memorable experience, visitors can dine in the Orbit rotating restaurant at the top of the Sky Tower, the highest tower in the Southern hemisphere. Auckland’s Stardome is a great place for a family outing, with magic interactive space shows in the planetarium, and the surrounding park contains kids’ playgrounds, a working farm and Maori archaeological sites. A short distance outside Auckland the Waitakere Ranges provide spectacular scenery and surfing beaches, as well as river walks and waterfalls.

The network of motorways is excellent for getting around the city, but can get very congested in morning and evening rush hours. There are three main motorways running through Auckland - the Northern Motorway from Orewa to the Central Motorway Junction; the Southern Motorway from the CMJ to the Waikato Expressway; and the Northwestern Motorway from Auckland Port through CMJ to Westgate. Remember that New Zealand motorists drive on the left, so visitors from the UK will find the traffic system very familiar. In the busiest periods some motorways have lanes that switch directions to allow for the heaviest traffic flows, and watch out for traffic lights operating on motorway junctions. The drive from the car rental collection points at Auckland International Airport to the city centre takes ½ hour on Highway 20, with some spectacular views on the way, crossing Mangere Inlet on Hugh Watt Drive.