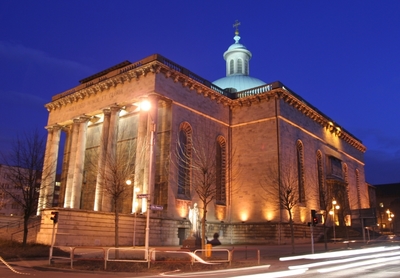 Compare & Save on car rental in Katowice

Katowice is in the centre of Silesia, historically the industrial area of southern Poland, where coal mining and iron-working was centred. Over the centuries the city has passed from Austrian to Prussian into Polish hands, with a brief spell as a League of Nations city after the first World War. Katowice is the capital of Silesia and was granted a high level of autonomy after several uprisings demanding more independence. With the growth of the commercial sector and the increasing prosperity of the area, Katowice has become an important cultural centre, with many historic houses and museums, and it is currently undergoing a construction boom, with the building of a new railway station and new housing on the outskirts. Katowice is at the cross-roads of several major European highways, so an ideal base for exploring Poland, the Czech Republic, and eastern Germany. Booking car rental ahead of your trip to Katowice through GoCarRental.com will allow you to find the best deals and give you the freedom to explore the area on your arrival. Katowice-Pyrzowice Airport is 28 miles from the city and RyanAir as well as some of the major national airlines have flights direct.

Things to Do in Katowice

Downtown Katowice contains some of Europe’s most impressive examples of Art Deco and Modernist architecture, as well as the monumental style favoured by the Communist regime. To gain a glimpse into the industrial past of the city visit the restored 19th century miners housing at Nikiszowiec, almost a “town within a town” with little narrow red-brick streets and artisan bakers, delis and cafes selling delicious food. The Museum of Silesia charts the history of the area, art and artefacts, and has constantly changing exhibitions.

Church of St Michael the Archangel

The Spodek, or “flying saucer” is difficult to miss in the centre of Katowice, a dramatic piece of 1960s Modernist architecture, with a sports hall and skating rink open to the public. Close to the Spodek is the impressive Silesian Insurgents Monument, said to be the heaviest monument in Poland. Katowice, like many Polish cities, contains some beautiful historic churches, with the complex of the little wooden churches dedicated to St Michael Archangel in Kosciuszko Park being amongst the most attractive. The Assumption of Mary Panewniki is a historic Franciscan church and cloisters. There are some excellent modern art galleries in the city, amongst them the Rondo Sztuki Gallery and the BWA Contemporary Art Gallery.

Katowice is at the crossroads of the A4, the A1, and the long-distance European highway from Slovakia to Lodz and Gdansk, the E75. Taking the A1 from the airport and joining the DK79 to Katowice is a 28 mile or ½ hour drive if you are collecting your car rental from the airport. Parking in the city centre is straightforward, with paid meters for on-street parking; visitors are recommended to park in a secure car park overnight. There are good roads into the city, and the area that the visitor is most likely to be interested in is the city centre, so avoid some of the larger and more sprawling new build estates on the outskirts. Use Katowice as a base to explore the historic city of Krakow and the southern Silesian mountains.