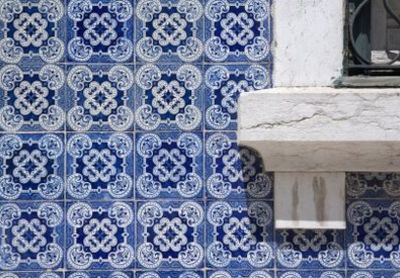 Compare & Save on car rental in Portugal

Portugal is one of the most popular vacation destinations for visitors from the UK. With all the advantages of having a wide range of attractions to suit every taste – from sun, sea and sand to historic cities and Roman ruins – within a compact area that is easy to drive around, it’s unsurprising that it counts as one of the top tourist draws. The country is situated on the Iberian Peninsula, surrounded on the north and east by Spain. Both Madeira and the Azores are autonomous regions of Portugal. With its long coastline facing the Atlantic, the country has a tradition of discovery and exploration, and a lengthy history of colonising Africa and the Americas. Portuguese is still the sixth most spoken language in the world. Portugal remained neutral in the Second World War, and avoided the damage suffered by many other European countries. After becoming a democracy in 1976 and joining the European Union ten years later, the country saw an upturn in prosperity and the development of successful high-tech and commercial sectors. Wine-growing and export remain an important contributor to the Portuguese economy. Car rental in Portugal is available at the major airports and cities and is best arranged before your trip through GoCarRental.com.

Things to Do in Portugal

While many tourists head straight for the Algarve in the south, the country north of Lisbon is becoming better appreciated. Portugal’s Atlantic coast offers endless stretches of white sand beaches, and rolling surf. From the city of Porto with its historic connections with the English families who founded the trade in Port, to Obidos, the beautiful “white town” enclosed by its medieval walls, there are endless delights to discover in the lesser known provinces of Estramadura and districts of Leiria and Coimbra. Aveiro is often called the Venice of Portugal, whilst Braga, the “City of Archbishops” boasts numerous beautiful churches and two dramatic sanctuaries on a mountain overlooking the city.

Aveiro, with its lagoons, canals and beaches. Take a “gondola” trip down the canals

Lisbon – Alfama, the old city centre, and Cascais, “the pearl of Greater Lisbon”

Lagos in the Algarve, with numerous beaches and the dramatic Ponta da Piedade, a look-out point above the sea

Lisbon is the ideal starting place for getting to know Portugal, and visitors can enjoy the city’s historic centre whilst learning more about Portuguese culture and listening to “fado”, the traditional music of Portugal, still sung in Lisbon’s bars and night clubs. For sun-lovers, the Algarve is definitely the place to go, with every facility that the vacation-maker could wish for – luxury hotels, stretches of golden sand beaches and the warm waters of the Mediterranean. Albufeira is the main resort of the Algarve, with Faro and Lagos also being popular. Top Three Attractions Aveiro, with its lagoons, canals and beaches. Take a “gondola” trip down the canals Lisbon – Alfama, the old city centre, and Cascais, “the pearl of Greater Lisbon” Lagos in the Algarve, with numerous beaches and the dramatic Ponta da Piedade, a look-out point and rock structure above the sea

Portugal has an excellent road system, although it will help if you do your homework before driving in the country, as there are some “quirks” which it’s worth knowing about, like the layout of motorway junctions, and the system of payment on toll roads which is gradually being converted to electronic only. Make sure that your car rental is fitted with an electronic device which records the motorway mileage that you’ve clocked up and charges you accordingly. Many of the smaller roads in Portugal are not signposted, so a satnav in your car is really essential. The major routes all run north to south, parallel to the coast, with the A2 being the vacation route from Lisbon to the Algarve.