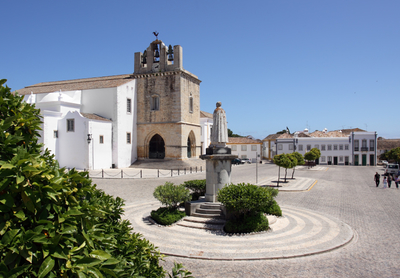 Compare & Save on car rental in Faro

Faro is the capital of the Algarve, and the southernmost city in Portugal. Now a popular vacation destination, the city has historic roots, and was first known by the name of Ossonoba in Roman times. Subsequently settled by the Visigoths and then the Moors, the name Faro derives from the Arabic “Harun”. King Alfonso of Portugal regained the city from the Moors in the 13th century, and awarded the administration of the region to Faro. Several books in the Bodleian Library, the University of Oxford, date from the sacking of the city by the Earl of Essex, who gifted the spoils of battle to the university. Faro was one of the very few cities that remained undamaged after the terrible earthquake and tsunami of 1755, largely due to the protection offered by the sand dunes of the Ria Formosa lagoon. The present-day city is an attractive mix of ancient streets and modern architecture, and visitors can enjoy the nearby golden sand beaches, the numerous bars and lively night clubs of the city, or savour the peace of the Ria Formosa nature reserve.

Things to Do in Faro

Explore the old city, or Cidade Velha, with its decorative tiled and cobbled streets, and eclectic mix of Moorish and Protuguese architecture. Look out for storks building their huge nests on the chimneys of some of the old houses. Between Faro and the sea lies the Ria Formosa Nature Reserve, one of the most important stop-over points in Europe for migrating birds, and wildlife enthusiasts will love the variety of aquatic birds that can be spotted on the marshes and small lagoons of the reserve. Between the Ria Formosa and the sea lies the Desert Island – 11 kilometres of unspoilt beach, a paradise for swimmers and sunbathers.

For a different sort of experience, the Carmo Church, with its twin bell towers and ornate interior offers visitors the slightly macabre attraction of a “chapel of bones”, formed from the bones of the monks who were buried beneath the church. Any visitor to Faro will want to arrange car rental so that they can explore further afield, and the Roman ruins at Estoi, eight miles from the city, make for an interesting day trip. Top Three Attractions Ria Formosa Nature Reserve Cidade Velha Desert Island

Browsing GoCarRental.com will give you the best deals on car rental in Faro, with collection points at the airport or in the city. Driving in the Algarve is remarkably easy, with the A22 running parallel to the coast, linking all the major resorts in the area, and most roads being toll-free. Faro has a network of one-way streets which can be confusing for the visitor to navigate, and a satnav is a necessary accessory to find your way around. Visitors warn that parking in the city can be expensive and parking spaces hard to find, but there is a large free car park near the departure point for tour boats.