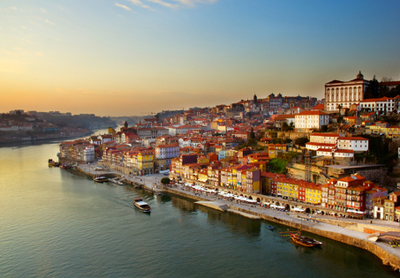 Compare & Save on car rental in Porto

This city by the sea is one of the most charming in Portugal, famed not only for its famous port but also the glorious Douro river, which splits the city in two. As one of the oldest cities in Europe - and one that\'s often overlooked in favour of its more famous European counterparts, Porto is an ideal destination for those who love a vacation rich in culture and discovery, and learning, rather than just lunging on the beach. Cobbled streets are home to a maze of plazas, churches and gorgeous architecture, as well as delicious local seafood eateries, that make this a city break to remember.

Things to Do in Porto

While the city\'s young professionals escape to the chic modern suburbs, central Porto has been left gloriously unchanged, making it a dream to explore by foot or by hire car. Head to the old district of Ribeira, which quite rightly has earned itself World Heritage Status, and stroll around the remarkable Avenida dos Aliados in the Baixa downtown area. Check out the Palacio da Bolsa, which is the city\'s former stock exchange, for some truly remarkably grand interior decor.

Exploring the ancient streets of Ribeira

A tour of the Palacio da Bolsa

Fresh food shopping at the Mercado do Bolhao

Learn more about Porto\'s unique architecture, which is heavily baroque, and wonderfully colourful, at the Museum of Sacred Art and Archeology, while happy snappers can get a glimpse of some of the best images taken in and around the city at the Centro Portugues de Fotografia. Top Three Attractions Exploring the ancient streets of Ribeira A tour of the Palacio da Bolsa Fresh food shopping at the Mercado do Bolhao

Driving in Porto itself can be a testing experience - especially in the older parts of town like Baixa and Ribeira where streets are cobbled, incredibly narrow, and maze-like. These parts may be best explored on foot, but a hire car provides a wonderful way to explore the surrounding area of greater Porto, along the stretch of the gorgeous Douro River, and to the many beautiful beaches in the region, such as southern Gaia and Espinho.