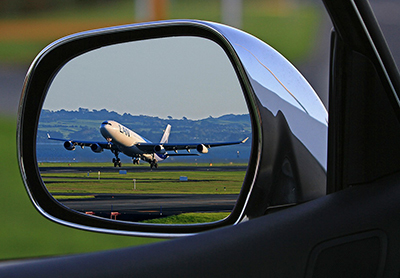 Cluj Napoca-Avram Iancu Airport is located nine kilometers east of Cluj Napoca’s city centre, on the E576 route and twenty kilometers away from the A3 route (one of the main routes in Romania). Because of this, Cluj Airport is a perfect arrival point to visit not only Cluj but the whole Romania. And what is better than hiring a low-cost car to go sightseeing in Cluj and Romania? On Gocarhire.co.uk you can compare the many car hire agencies active in the Cluj Napoca Airport and eventually choose the car best suited for your needs at the least expensive price. If you make your reservation from home, moreover, you will halve the waiting time. You will only need to show your reservation voucher, your driving license, and a credit card as warranty. In a few minutes time you will be driving in Romania, choosing what to visit first.

What to do in Cluj

Cluj is a city with a multifarious landscape, many different architectural styles, and a number of historically interesting monuments: Roman elements stand along with fine examples of popular art, bringing the tourist back in the past. Cluj is Transylvania’s capital city and, historically, a cultural crossroads that nourished the whole country. This attitude greatly favored the rise of cultural and scientific enterprises, a trend proved by the many museums and public libraries and, finally, by the lyric and dramatic theatres which allure a wide International public. The Botanical Garden is also an important facility in Cluj, as it is spread on over 14 hectares of diversified terrains for the cultivation of very different plants coming from all over the world, totaling to some ten thousand species. Churches are many and of many different kinds and worships, and among them Saint Michael’s Church is perhaps the most outstanding Transylvania’s gothic monument, adorned with glass walls and sculptures famous worldwide for their magnificence and beauty. Another religious must-see is the Orthodox Cathedral, one of the main worshipping places in the city and the first church founded in unified Romania. The most interesting spot though is Avram Iancu square: the two main buildings located there – the Orthodox Cathedral and the National Theatre – are illuminated and accompanied by a musical background of classical music, thus creating a magic atmosphere.

Renting a car at the Airport of Cluj is not only easy and low-cost but also kind of wise decision. That is because Cluj is located in the thick of Transylvania, one of Europe’s most mysterious and alluring areas. Having a car will allow you to drive to as many places as you wish in the quest of the magical nature of this region. For example, the city of Sibiu deserves a visit – it is just a couple of hours away from Cluj – and so does the Brasov area where Bran Castle lies, though it is best known as Dracula’s Castle, the most famous and visited fortress in Transylvania. However, if you do not have so much time to relocate and yet you want to visit a peculiar attraction, some twenty kilometers away from Cluj there is the wonderful Salina Turda Salt Mine, now a subterranean museum (perhaps the largest one ever created out of a mine) which in its facilities comprises also a sport center, an amphitheatre, a game area with a bowling alley, and even a Ferris wheel and a small lake with a boat rental service. The museum spans to 120 meters of depth and it is divided in three levels that visitors can reach by elevator.