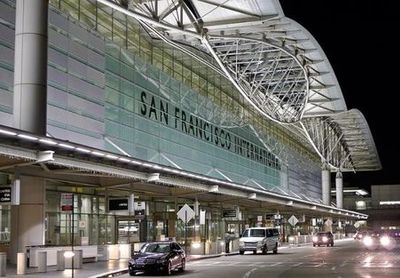 Compare & Save on cars in San Francisco Airport

San Francisco International Airport (SFO) is one of the world’s busiest airports, topping over 37 million visitors in 2009. The majority of passengers are arriving from or departing to destinations in Asia and many UK visitors may be taking connecting flights from New York or Chicago. Given that the only way to really get around in the US is by car, pre-book car rental from San Francisco Airport through GoCarRental.com for peace of mind and great value. On arrival, all car rental offices can be found in the SFO Car Rental Centre, which is reached via a free shuttle, an automated AirTrain which operates 24 hours a day. The drive from the airport to the centre of San Francisco is a 20 minute, or 13 mile, journey on Highway 101. San Francisco was established by a group of Spanish colonists in the 18th century, who built a fort at the Golden Gate and a mission dedicated to Saint Francis. The city grew rapidly during the California Gold Rush, and in spite of having suffered a major earthquake in 1906 it was quickly rebuilt and continued to expand. It’s location makes it one of the top tourist destinations in the world, built on the tip of a peninsula between the San Francisco Bay and the Pacific coast, and it is famous for its hilly terrain, 19th century architecture, and stunningly beautiful setting.

Things To Do in San Francisco

The iconic Golden Gate Bridge should be visited on foot, to appreciate why it is still regarded as so special, and you can take a walking tour or hire a bike to cross the bridge and appreciate the breathtaking views. A visit to Alcatraz Island in San Francisco Bay, housing one of the most infamous prisons in the US, is popular with both adults and children, and you can take a night tour which adds to the feeling of spookiness as you visit cells and dining hall with an audio commentary narrated by ex-prisoners.

San Francisco’s China Town is rightly famous, being the largest outside Asia, and boasting over 300 restaurants and some excellent museums, as well as tempting shops. No visit to the city is complete without a ride on the famous cable cars, and there are three routes, two of which terminate at Fishermans Wharf, while the California Line runs through the city’s Financial District and China Town. Located in the heart of the Mission District, the Balmy Street Murals are an extraordinary sight, covering every inch of alleyway and street with colourful murals telling stories of struggle and revolution.

The main freeways in San Francisco are the 101 and 280, and having collected your car rental the 101 will take you from the International Airport to the centre of the city. Highway 1 (19th Avenue) separates from 280 near the University and heads towards the Golden Gate Bridge. Visitors are warned that the confusing number of signs will take some getting used to and it’s a good idea to try and acquaint yourself with the main ones before you start driving around the city. Heading south, a trip down Highway 1 follows the coast, and will take you past a number of State Parks and Nature reserves through a dramatic landscape towards Monterey Bay.