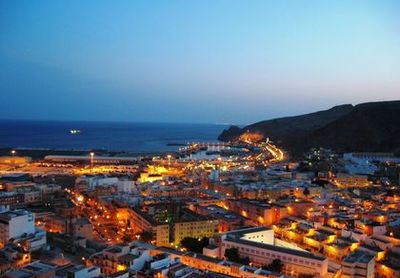 Compare & Save on car rental in Almeria

Located in Andalusia in the southeast of Spain, Almeria was founded by the Moors in around 955AD, though the site has been settled since the bronze age. An Arabic word meaning \'mirror of the sea\', Almeria retained its name after Spanish colonization, and is now home to nearly a quarter of a million people. A visit to the city offers the chance to see a wide array of architecture, from the Roman era, through the Moorish occupation, right up until the Spanish conquest of 1489. With a hot, arid climate and very mild winters, the city is popular with tourists – both domestic and foreign – year-round. The province of the same name is the lightest in Spain, with 3,127 hours of daylight every year, a factor that\'s been a major driver of tourism and agriculture in the region.

Things to do in Almeria

Almeria is well-stocked with walks and historical sites of interest, not to mention a rich food culture that blends flavours from its Arabic heritage with the more recognizable Spanish cuisine found in the north. Among the must-do highlights is a stroll along Las Ramblas, which takes you all the way to the port at Almadrabillas beach. The Arabic fortress La Alcazaba is located in the historical quarter of the city, and is comprised of three areas: the Muslim Medina, which was the first settlement established by the Moors; the houses and baths dating back to the Christian era of the Reyes Catolicos; and the fortress itself, which was built atop a hill to provide the Moors with a defensive vantage point.

Lovers of history will have no shortage of activities, even over a fortnight\'s stay. Las Claras Convent, which dates back to the 18th Century, is one of a number of magnificent churches in the city, and museums include the archeological museum, the Capitular Museum, the Morera Art Museum and the Olive Oil Museum, housed in a 19th Century stately home.

Almeria is one of the most wonderful European cities to simply walk around, but the wider reaches of the province are best seen by car. Metered taxis from the airport cost just 12 Euros per cab, and there are shuttle buses available to book online, but car rental in Almeria is relatively inexpensive, and the roads are all in excellent condition. GoCarRental.com has one of the wider selections of vehicles on the web – check out their \'car rental Almeria\' section to see everything from hatchbacks to seven seater family cars.