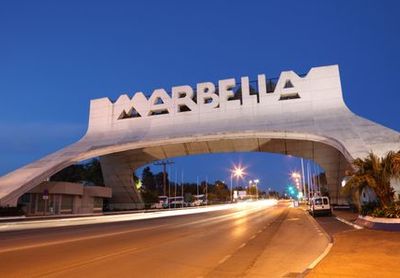 Compare & Save on car rental in Marbella

Marbella is an enormously popular tourist venue with travellers from all over Europe. What began as a small fishing village has grown into a cosmopolitan beach resort, and one of the Costa del Sol\'s top destinations. Nestling on the Mediterranean Sea in between Malaga and the Gibraltar Strait, Marbella sits in the foothills of the Sierra Blanca, covering roughly 117 square miles. With more than 140,000 permanent residents, it is the second most populous municipality in the province of Malaga, and has a tourist infrastructure par excellence. Despite being famed primarily as a vacation destination for sunseekers, it is not without its own archaeological heritage, and has several museums which should not be missed. Founded by the Phoenicians in the 7th Century BC, there are a handful of artefacts to prove their presence (and that of the later Carthaginians settlement). Still, most visitors head to Marbella for the holy quadrumvirate of sun, sea, sand and sangria.

Things to do in Marbella

Marbella offers the pleasure seeking tourist everything they could need, and has some world-class beaches, the best of which are Venus and La Fontanilla, both of which are centrally located and immensely popular. The ports of Puerto Banús and San Pedro Alcantara were awarded the blue flag of the Foundation for Environmental Education, for their high standard of water quality, safety, services and environmental management. Beyond the beaches, the old town is all charming, narrow streets and white-washed houses, dotted with statues, fountains and churches. Partially surrounded by the ruins of an old Arab wall, the town has managed to incorporate enough boutiques to satisfy shoppers without compromising its historical integrity.

One of the most ancient buildings is the Ermita del Santo Cristo. Dating back to the 14th Century, it is situated on la Plaza del Santo Cristo. Full of lively cafes and bars, the real surprise for first-timers is the high number of world class restaurants, nearly half of which hold at least one Michelin star. Puerto Banús is bulging with huge anchored yachts, bringing in the well-heeled from all over the world. The marina is a lively place at night once the partying gets going. Best of all is the Bonsai Museum, which houses one of the world\'s finest collections of bonsais, including the award winning Fuji Kyookay Bonsai. Housing some 300 trees from 40 different species and featuring trees more than 500 years old, it\'s a must for lovers of horticulture, and costs just 3 Euros to get in.

Taxis are noticeably more affordable in Marbella compared to the rest of the Costa del Sol. For the most part, Marbella is easily navigable on foot and by public transport, but there are some very pretty backroads and villages to explore which will require car rental. Enter your detials into our search form and we\'ll compare all the top brands to find the best value car rental in Marbella.