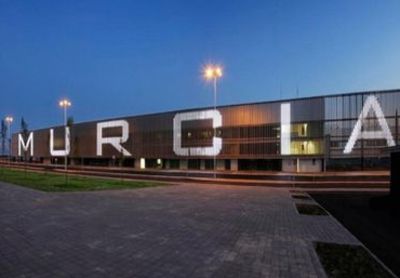 Murcia airport is the gateway to both the Murcia region and its capital city, both of which are rapidly gaining in popularity with travellers drawn to this beautiful corner of Spain for its exceptional, sunny climate and beautiful coastline. Having avoided the mass tourism that has swept over much of Spain’s southern coast, Murcia is only now emerging as one of the country’s buzz destinations but maintains its unspoilt appeal.

Things to do in Murcia

Visitors to Murcia will find a region that offers up a wealth of diverse attractions and varying scenery. From the picture perfect fishing villages that dot the beautiful Costa Calida to an interior of arid desert-like land that gives way to lush stretches enriched by fruit cultivation, the Murcian countryside is full of contrasts and surprises. This is a truly diverse region that rewards thorough exploration, so picking up a rental car from Murcia airport is an essential way to make the most of a visit.

This beautiful landscape plays host to some of southern Spain’s most culturally impressive cities, where the legacy of intertwining Muslim and Christian heritage has left behind some truly unique architecture.

Beaches and watersports in La Manga

Founded by the Moors in 825, Murcia is a fascinating city packed with culturally diverse architecture and a network of narrow historic streets. The jewel in Murcia’s crown is surely the stunning cathedral, a stunning mix of Gothic and Renaissance styles that must be considered one of Spain’s most dazzling – and eclectic – constructions.

Whilst the city is a must-visit for anyone spending time around the south east coast of Spain, Murcia certainly isn’t the region’s only worthwhile urban destination. Cartagena is situated on a scenic stretch of Mediterranean coast and, like Murcia, displays a diverse architectural legacy that shows off the city’s rich history. Cartagena can trace a history that dates back to 227 BC and spans numerous civilisations. Amongst Cartagena’s most notable attractions is the second largest Roman Amphitheatre in Iberia and a fine Naval Museum that reflects the city’s historic status as a key port.

The city of Murcia is a fine base from which to explore the region and offers all the benefits of a major transport hub including the well-served Murcia airport and multiple car rental pick up points. You’ll find a wide array of Murcia airport car rental options at GoCarRental.com, whether you’re on the lookout for 7 seater family cars or if you’re travelling in smaller numbers and want something small and fuel efficient.

In addition to the region’s capital, a truly rewarding Murcia car rental vacation might also take in La Manga, the region’s biggest resort and tourism hub and good base for vacationing families, and Lorca, known as ‘The Baroque City’ thanks to its world class variety of baroque monuments.