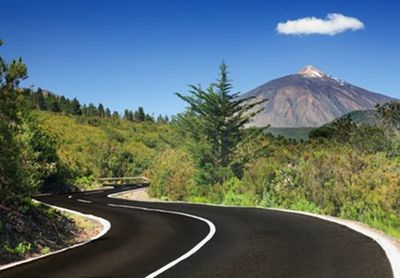 Tenerife is the largest and most populated of the Canary Islands – it’s also the most visited, as evidenced by the two airports to the north and south of the island.  Santa Cruz de Tenerife is the capital and the volcano at the heart of the island, El Teide, is a UNESCO World Heritage Site.  The coastline is rugged and steep, but the island does also boast a number of fine beaches, many of them with the dark sand that’s typical of ancient volcanic activity.  The interior of the island is marked by dramatic valleys, ravines, and rugged massifs such as Anaga at the north-eastern end of the island, making Tenerife an attractive destination for walkers and hikers as well as visitors looking to enjoy the sea and the sun.

Things to Do in Tenerife

Hiring a car in Tenerife is the best solution for discovering the wilderness areas of the island, as well as some of the more remote beaches.  Windsurfers will want to head for the beach of El Medano, one of the world’s best windsurfing and kitesurfing locations, which hosts a number of competitions during the year.  A visit to El Teide National Park is obligatory, and there’s a cable car to the top, with dramatic views over the island across the sea, and the chance to explore the massive crater at the centre.

The little town of La Orotava, with its traditional Canarian houses with carved wooden balconies and the surrounding beautiful valley, is well worth a trip, as is the Park of the Pyramids of Guimar, a complex of six-step pyramids built by some ancient inhabitants of the island.  For beaches, you can find a long stretch of golden sand at Los Cristianos at the south-eastern end of the island, or Playa de las Galletas, offering hotels, bars, and watersport activities.

Driving around the island is rewarding but can also be challenging.  The long winding mountain roads provide stunning vistas but test the skill of the driver.  A popular destination is the valley and village of Masca for its breathtaking views, and Garachico on the coast, where you can swim in the rock pools created by lava flows.  Before flying out research your options for car rental.  Booking a car through GoCarRental.com and picking up from the service counter at Tenerife airport is your best option to avoid queues and gain a price advantage.