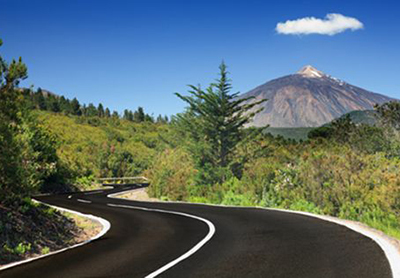 North Airport in Tenerife is located two kilometers away from San Cristóbal de La Laguna and only eleven kilometers from Santa Cruz de Tenerife, the capital city. We should not forget that the Canary Islands are in the Spanish territory, therefore altogether European, though their exotic allure sometimes makes us forget. So, if you are not good in Spanish, you can try with a little bit of Spanglish. Just kidding! A very good point is that you will be able to use your driving license and you will not have to go through any currency exchange. So, if you land on the Tenerife North Airport you can easily visit this big island by rental car. You can collect it from any of the many agencies active in the airport (for instance, AVIS, Budget, Goldcar Hertz, Alamo, Atesa, Orlando, and Thrifty). On our website, you can reserve your rental car in advance at a budget price. Besides, in spite of being an island, Tenerife has Europe’s lowest gas prices !

What to do in Tenerife – North Airport

Tenerife is an outstanding island. You can find two UNESCO world heritage sites, a National Park, and forty­two natural reserves. Some of them are characterized by lava fossil formations reminiscent of moon plains. Others remind you of Caribbean­like beaches and rock walls in front of a perfect ocean. Still not satisfied? Here spring lasts all year long, there are pyramids (pyramids!), and snow and lava share the peak of the Teide, the world’s third tallest volcano located in the north of the island and still active. The island is also the setting of the wonderful Santa Cruz de Tenerife carnival, second for fun only to Rio de Janeiro. Finally, Tenerife boasts a curious cooking tradition which blends Ethiopian, European, and other foreign traditions (perhaps a mélange caused by the heat). Finally, give a try to the“papas arrugadas,” typical wrinkled potatoes that you eat with the peal on. They are best­served with Mojo, a traditional Canary sauce.

This airport is located in the north of the island, so by rental car you can depart from here and explore the island downwards. Otherwise you can skirt along its perimeter. Hiring a car is the perfect way to get to know the whole island. For example, you will be able to reach the moon­like landscapes near Teide. On your way, you may stumble across Vilaflor, the highest city in Spain (built at 140 meters). By rental car you can also discover Los Gigantes and its majestic cliffs.