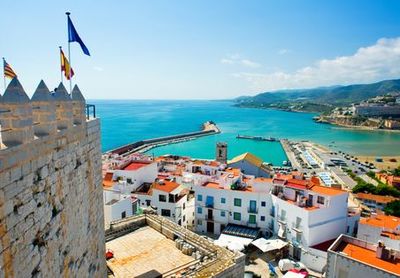 Valencia is a charming city and the capital of the Old Kingdom of Valencia. With nearly two million inhabitants in the greater metropolitan area, it is considered Spain\'s third city, and is perhaps most famous as the birthplace of paella. Spaniards have witnessed a dramatic transformation after Valencia hosted the America\'s Cup in 2007 and 2010; it has since gone on to become one of the most important cities in Europe. Located on the Mediterranean Sea, it is known as living \'with its back to the sea\', indicating a self-aware refusal to develop a reputation as a mere beach town. Instead, Valencia\'s spirit is embodied within the city itself, with the River Turia a main focal point. Founded by the Romans and held by the Moors between the 8th and 13th Century, Valencia carved out a crucial place in history during the Spanish civil war of the 1930s, serving as the Republic\'s capital (eventually overthrown by Franco).

Things to do in Valencia

The most unmissable event in Valencia is undoubtedly the Fallas, a celebration with a complex, fascinating history. Its origins date back to an ancient tradition of carpenter\'s burning their extraneous materials immediately before the Festival of Saint Joseph, the patron saint of carpentry. These days, each area of the city builds huge papier mache models (the bigger the better), often satirical in nature. It is taken quite seriously, with many citizens spending all year on their models. Fireworks add to the drama – Brits might equate the festivities to our own Guy Fawkes night, but with more Spanish zeal!

City of the Arts and Sciences Museum

The Fallas takes place on the 17th and 18th March, and is not to be missed. There is no shortage of activities all year round, though. The old Turia river bed is a compelling tourist attraction, and the Torres de Quart is a battered medieval tower that protected the old city walls. The Valencian History Museum is a particular highlight, chock-full of artefacts and multimedia presentations. Anyone interested in the history of Valencia – and Spain in general – should head there on the metro.

Valencia has a fine public transport system, with an efficient metro system spanning the city. Car rental from the airport is nonetheless advisable, as there is much to explore outside the city. For the really adventurous tourist, rent a car from GoCarRental.com and take the ferry from Portsmouth or Plymouth. It takes around 24 hours to get to Spain from the former, and 20 from the latter. You land in Santander or Bilbao, which are both a good seven hours drive, but it\'s a fantastic way to see Spain.