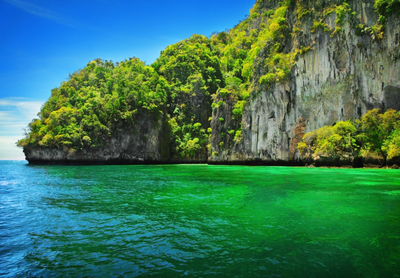 Compare & Save on car rental in Phuket

One of Thailand’s most popular tourist destinations, Phuket is also Thailand\'s largest island. Stretching 48 km in length, 21 km at its widest, it’s located in Southern Thailand, on the west-facing Andaman Sea coastline. Phuket is connected to the southern tip of Phang Nga Province by a pair of short but substantial road bridges. Pronounced “Poo-ket”, this has been a prosperous region since the nineteenth century, the money then coming from sea trade, tin mining, and the rubber industry. Today, Phuket is still the wealthiest province in Thailand, but it’s tourism that pays the bills these days. While it is heavily touristy, the island remains home to truly breathtaking beaches, buzzing nightlife, pristine resorts and fantastic diving and snorkelling facilities too.

Things to Do in Phuket

Phuket is split into various districts, each offering up something for travellers or all kinds. The west is covered in beach resorts, the south is home to off the beaten track beaches that are well worth the trip, while Phang Nga Bay is famous for its limestone cliffs, caves, mangroves, fishing villages and James Bond Island. The interior is far less touristy, and is home to Phra Taew National Park and the Gibbon Project, both great escapes off the tourist trail.

Those with an interest in the island’s history should check out the ancient Chalong Temple, while nature lovers will be in heaven here. There are Phuket Falls to explore, 20km from the centre of Phuket, and the biggest waterfalls in the country, as well as Siam Safari tours, Phuket Butterfly Garden and Insect World, and Prom Thep Cape - this translates as \"God\'s Cape\", and is one of the island’s most notable natural landmarks, its cliffs and uninterrupted views being famous for its dramatic sunsets.

Phuket is a large island, so having your own transport really is beneficial when you want to explore as much as there is on offer. You’ll find many scenic roads, particularly on the island\'s West Coast. Driving in Phuket is fun, easy and best of all - inexpensive. Head for the dramatic limestone mountains of Krabi Province\'s or the pristine and secluded beaches while Phang Nga and you’ll see just why this is such a popular destination for travellers from all over the world. Rent from a reputable car rental firm and your comfort and safety are guaranteed, and by booking online in advance you can make real savings too.