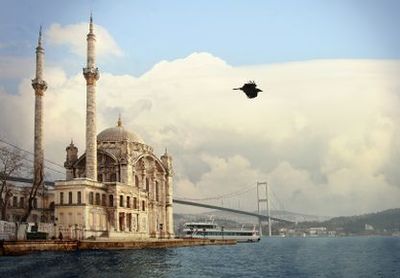 Compare & Save on car rental in Turkey

Turkey has rightly become one of the most popular year-round destinations for UK holidaymakers, offering every kind of break, from city visits to swimming and sunbathing on the many beautiful beaches, many renowned for being the cleanest in Europe. The capital, Istanbul, spans the Bosphorus between the Sea of Marmara and the Black Sea. Like Turkey itself, the city is trans-continental, having both a European and an Asiatic sector, and the historic centre is a UNESCO World Heritage Site. Turkey has an extraordinarily varied landscape and coastline, from the famously bizarre rock formations in Cappadocia in central Turkey to the long golden beaches of the coasts bordering the Aegean and Mediterranean. Tourism contributes much to the economy – in 2012 33 million foreign tourists visited Turkey. The country has a fascinating history, with the Byzantine civilisation having contributed enormously to the art and culture of eastern Europe before it was overrun by the Seljuk Turks in the 12th and 13th centuries. The subsequent Ottoman Empire extended far into eastern Europe for many centuries, and reached the peak of its power under Suleiman the Magnificent in the 16th century. The secular Republic of Turkey was founded by Kemal Ataturk in 1922.

Things to Do in Turkey

For either a short city break or as a starting point to a longer vacation exploring the country, there are few cities to equal Istanbul. Must sees are Aya Sofia, the ‘church turned mosque’, which dominates the skyline of the city, and the Topkapi Palace, home to generations of Ottoman sultans and their many wives. The Blue Mosque, opposite Aya Sofia, is an exquisite 17th century domed building with six minarets. Driving in Istanbul is not recommended, as traffic is extremely heavy and Istanbul drivers aren’t noted for their road discipline! But car rental is essential to explore Turkey, as you will discover hidden jewels and be able to visit many places not accessible to the visitor on a package tour. Use GoCarRental.com to find the best value deals.

Within easy driving distance of Istanbul is Edirne, close to the Bulgarian border, and boasting one of the masterpieces of Islamic architecture, the Selimiye Mosque. The narrow strait of the Dardenelles, separating Europe from Asia, is also the site of the Gallipoli Peninsula memorials to the soldiers who died in the Gallipoli campaign during the First World War. For those in search of historic sites or sun and sand, head towards the Aegean region, with its scenic coastline and golden beaches. A popular historic site is the city of Troy, and the remains of the ancient city of Pergamum set high on a hill. For those interested in exploring further afield, the remoter regions around the eastern borders of Turkey are famous for their dramatic rock formations, and the coast of the Black Sea is interesting for its towns and ports rather than tourist resorts.

The main roads linking Istanbul with the most popular Mediterranean and Aegean vacation resort are generally well-signposted and in good condition. The advice in Turkey is to drive defensively – always expect the unexpected. Turkish drivers are not discourteous, but they are impatient and often ignore road discipline, so you may find people stopping unexpectedly or turning without warning. Try to avoid driving at night, particularly on minor roads, where you may not see potholes or hazards. The E87 is the main route from the capital towards the coast at Marmaris. Inland, roads in the mountains and more remote eastern border areas are likely to be much quieter than around the popular vacation resorts, but are often single track.