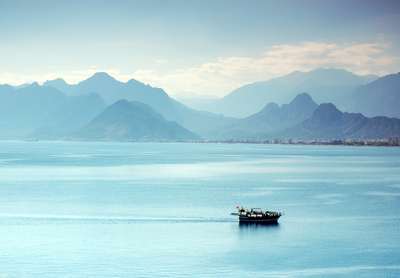 Compare & Save on car rental in Antalya

Antalya is on the Mediterranean coast of Turkey, known as the Turkish Riviera, and is the largest sea resort in the country, as well as having the distinction of being the third most visited city in the world. The attractions of that part of Turkey’s coastline have long been appreciated, with the Romans having built a city on the site, and St. Paul is also believed to have visited Antalya on his travels. There are numerous testaments to the beauty of the city from writers through the centuries and the growth in its popularity as a tourist centre in the 20th century owes much to its situation on the Mediterranean as well as the many fascinating archaeological remains from Greek, Roman and Byzantine times.

Things to Do in Antalya

The modern resorts along the coast tend to attract the majority of visitors on package vacations, but for those who enjoy travelling and exploring more widely Antalya is the perfect place to stay. Booking the best car rental deal in Antalya before your trip through GoCar Rental.co.uk will allow you the freedom to explore not only the city but also the stunning countryside and coastline nearby. The old quarter of the city – Kaleiçi – is a warren of narrow winding lanes surrounded by the ancient city walls, and the visitor can spend several days exploring the cafes, historic mosques, and craft shops. One entrance to the old quarter is through the Hadrianus Gate, built by the Roman emperor Hadrian.

Continuing the Roman theme, the port of Yat Limani is the old fortified Roman harbour, its walls still standing, and nearby are the ruins of an old Roman temple which subsequently served as a Christian church and later was converted into a mosque during the Ottoman period. To gain a dramatic view over the town and the harbour, climb the Hidirlik Tower, built into the old town walls. Another very different vista is provided by the Duden Waterfalls, where the river thunders over the cliffs directly down to the sea below. A visit to Antalya Aquarium is a fascinating experience; it has one of the longest viewing tunnels in the world, and an extraordinary collection of sharks, stingrays, and tropical fish.

Car rental is easily arranged with collection from one of the rental desks at the airport or once you are established in your hotel, from a car rental company in the city centre. For getting around the city you are probably best advised to use the tram and bus system until you’ve got your bearings, as the driving can be fast and intimidating, but outside the old quarter many of the city roads are wide and well signposted. For day trips outside Antalya a car will come into its own – take the opportunity to visit the ruins of Perge, once of the most prosperous cities of the ancient world, a 17 mile drive from the city centre on the D400. Taking the D400 in the opposite direction it winds along the dramatic coastline and you can find long stretches of golden sand, as well as rocky bays and inlets, at Cirali or Tekirova.