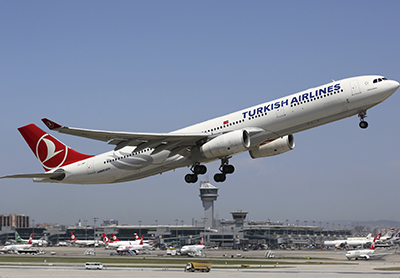 The Sabiha Gökçen International Airport is located some thirty-five kilometers from Istanbul, on the Asian side of the city. This terminal has been experiencing a huge growth, perhaps because it is mainly served by low-cost companies. After the October 2009 expansion, three million passengers passed through annually. Other upgrades are in order and these will bring the airport to a volume of twenty-five million passengers per year starting 2023. Indeed, the most comfortable way to travel from the Sabiha Gökçen airport is by rental car. This airport is well located and linked with the main attractions, though public transportation is not particularly reliable. Therefore, a rental car will be the best way to move in and near Istanbul. You can reserve your rental car by browsing through GoCarRental.com. Thanks to our groundbreaking yet simple system, you can compare prices from several car rental agencies in the airport (among which Europcar, budget, Hertz, Sixt, and Alamo). By reserving in advance, you can save more money than by doing so at the airport. After your reservation is completed, print the voucher we will send you and show it to the car rental agency in the airport, along with a valid driving license and a credit card as warranty. And voilà, that’s all set!

What to do in Istanbul - Sabiha Gökçen International Airport

Istanbul is a city rich in charm and mystery. It is a huge metropolis divided by the impressive Bosphorus Strait. Its beauties are spread over a much-extended area (well, Istanbul is shared by two continents after all) and a rental car will make your movements easy. Istanbul has numberless sights to see so it is better to choose in advance which spots of the city you prefer to visit. Regardless, some are must-see places. Sultanahmet, the old city, is one such spot. It hosts most of Istanbul’s historical monuments like Hagia Sophia, the Blue Mosque, and the Roman Cistern. Instead, in the Galata quarter you can have some quality party-time at night, hitting all the clubs skirting Istiklal Street and Taksim square. Take also a look at the outstanding Topkapi palace and then cross the Bosphorus Bridge. You will feel the change, as you move to the maze-like Asian side of the city. Here, modernity is replaced by calmness and architecture. In the Üsküdar quarter you can see the mosques built by the famous architect Sinan. The Iskele Mosque, located at the pier and built on the order of Sultan Suleyman the Magnificent for his daughter Mihrimah; the Semsi Pasha Mosque, with its L-shaped madrasa bent over the sea; the Atik Valide Mosque, alluring with its trees, shaded fountains, and large dome; finally, the Çinili Mosque and Hamam, adorned by Iznik’s tiles.

The Sabiha Gökçen International Airport is on the Asian side of the city. So from here you can directly go to the Asian part of Turkey, which is adventurous and probably the more interesting. Once you leave the airport with your rental car you can take two roads. Either you reach the Anatolia coast at once or you move to the Turkish backcountry. On the coast, about thirty minutes away from the airport by car, you can find Darica with its beaches and clubs. However, we suggest also Izmit, a city founded on a deep gulf and characterized by historical city beauties and outstanding natural sights. One of them is called Sapanca Lake. It is surrounded by mountains on the south and by charming hills on the north and hosts numberless fish species.