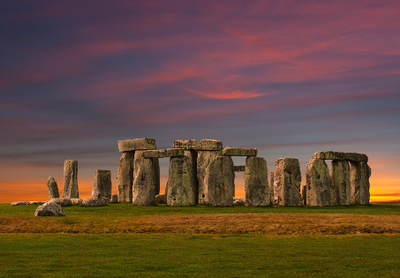 Compare and save on UK car rental

The United Kingdom is made up of England, Scotland, Wales and Northern Ireland, and is a member of the European Union, though not of the Eurozone.  The UK is well served with airports, having 28 international airports in total, the major ones serving London, Manchester, Edinburgh and Glasgow.  London is one of the world’s greatest cultural cities, with famous museums and galleries such as the British Museum, National and Tate Galleries, and Science and Natural History museums.  As well as enjoying its cities, the visitor to the UK can also discover some of the most breath-taking and varied scenery in Europe – travelling North, the Lake District and the Highlands of Scotland offer dramatic wild landscapes, whilst the coasts of Cornwall and Pembrokeshire can boast stretches of golden sand and rugged cliffs to rival the best of Spain.

Things to Do in the UK

Although the UK is a comparatively small island, it’s wise for the visitor to plan their itinerary carefully.  Using a city as a base and exploring the surrounding region is a good first step, having organised car rental so that you can be independent.  For those keen to pursue cultural interests, “city hops” to Glasgow, chosen as the European City of Culture in 1990, Manchester for its thriving alternative music scene, and London for the wealth of internationally renowned galleries and theatres, would be an interesting itinerary. Lovers of the outdoors might consider a tour taking in the Lake District, the west coast of Scotland, and the Highlands and islands – a feast of wonderful scenery.  And sporting fans can take their pick from the homes of Premiership football clubs like Manchester and Liverpool, to famous racecourses like Ascot and Goodwood in the south-east of the country for “the sport of kings”.

London for the London Eye, the Tower of London, Buckingham Palace and the Houses of Parliament

Stratford-on-Avon for the world-famous Royal Shakespeare Company, and Shakespeare’s tomb, as well as its proximity to Warwick Castle and the historic market town of Henley-in-Arden

Edinburgh for its annual Festival, galleries and museums, Holyrood Palace and the Scottish Parliament Building, as well as being a base from which to explore the Border country of Northumbria, and the Holy Island of Lindisfarne

Drive Around the UK

Driving round the UK, although roads in the south of the country tend to be busy, is comparatively easy – as long as the visitor remembers to keep to the left-hand side of the road!  Although public transport links are good to the major cities, for exploring further afield a car is needed.  Car rental in the UK is easily arranged, either at the airport on arrival or from the range of car rental companies based in any city centre.  It’s worth the visitor familiarising themselves with the motorway system, from the M1 which runs up the spine of the country, to the M4 and M5, which are the main arterial routes from London to Wales and the West Country.