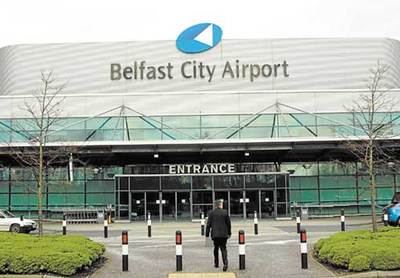 Compare & Save on car rental in Belfast Airport

Locates at the mouth of the River Lagan on Belfast Lough, Belfast\'s 267,500-strong population are hemmed in by low hills, the gateway to some beautiful countryside beyond the city. It\'s historical problems are well-documented, but Belfast has finally begun to celebrate its importance as a cultural rendez-vous between Britain and Ireland. An air of determined optimism pervades the people and places, and recent regeneration and restoration has allowed old and new to sit comfortably side by side. Like Liverpool or Glasgow, Belfast\'s appeal lies largely in the attitude of the locals, which is friendly but tough, with a generous dose of salty humour. Belfast has successfully re-imagined itself as a city break to rival Dublin – and it\'s a good deal cheaper too!

Things to do in Belfast

Belfast has become an unlikely mecca for shoppers, with Victoria Square and Castlecourt boasting more than 100 stores between them. The nightlife is superb, with Lavery\'s and its sister club Mister Tom\'s among the highlights, and a walk down the Golden Mile takes in Belfast City Hall, Queen\'s University and everything in between. The lion\'s share of Belfast\'s best eateries are to be found here, and everything is in close enough proximity that a weekend break should suffice for all but the keenest of tourists.

Although the city has healed since The Troubles, there is no shame among locals about the scars, and the political murals that so often dominated news broadcasts in the 70s and 80s are an essential part of any trip. Head to the Falls Road or Shankhill and you will see what are undoubtedly some of the world\'s most visually arresting statements of paramilitary conviction, images that make Banksy and his ilk seem utterly glib by comparison. Afterwards, climb to the top of Victoria Square to take in the view of a newly-united city in all its glory.

The centre of Belfast is small enough to be explored by foot, but the black taxi tours come highly recommended as a great way to condense your Belfast education. Belfast\'s urban bus network radiates from the city centre until 11pm, and you can purchase and pre-load a Smartlink card for bus trips. Public transport is, however, notoriously expensive in Northern Ireland, so car rental from Belfast Airport is a good idea, especially if you want to leave the city and explore the surrounding area. Try GoCarRental.com for a comprehensive selection of hire cars.